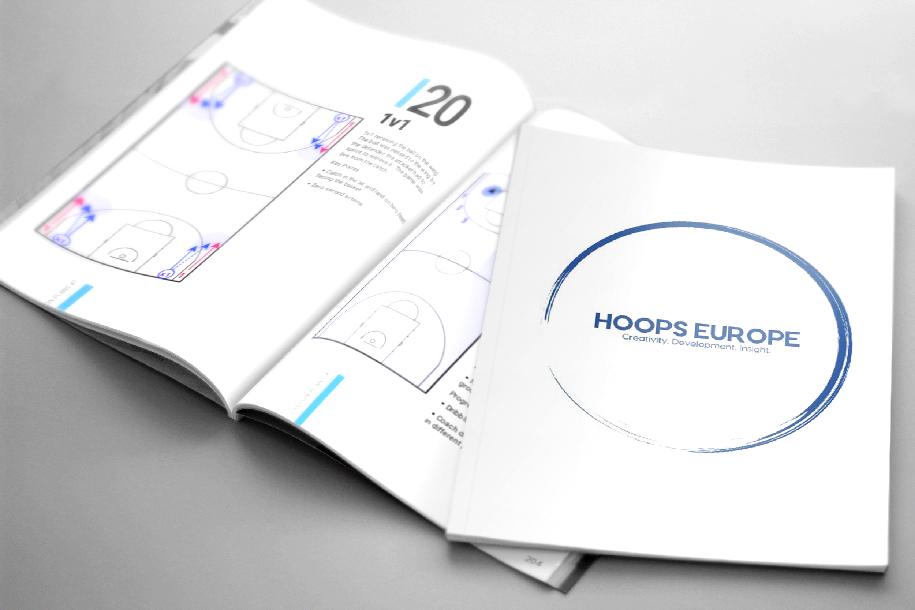 Do you ever watch players like Ricky Rubio and wonder where they get their creativity and flair from? If you watch high level Spanish coaches you’ll soon realise that those amazing passes he throws today aren’t accidents- those behind the back no look passes were taught to him at a young age. I have been very lucky to have spent some time coaching at a high-level youth programme in Spain, where skills like this were developed.

I wrote to the top three or four teams around the European leagues asking if I could visit, watch, and learn. Several teams got back to me, but one club seemed very friendly, that was “CLUB ESTUDIANTES” of Madrid. Since my first visit in 2007, I went back three more times, staying for a few days, and each time I went I’d just sit and watch them coach their youth teams for 7 hours a day, watching U5s up to U20s and I would write down EVERYTHING.

Afterwards I would sit with their coaches and quiz them on anything I need to know, what fundamentals they teach, why they did certain drills, why the defenders had a basketball too, why the under 16s got told not to look at who they are passing to??? Why do the u20s roll on the floor when they get beat in a shooting competition??? All odd to me, but when I heard the answers, it was always so obvious. Everything in Madrid was opposite to how I was taught to play and I was taught by some of the best. Neither way is wrong… but as a wise man once told me “there are many roads to Jerusalem…!”

It’s amazing how different things were over in Spain, different approaches, philosophies and ideas. I learned so much. My many trips over to Madrid paid off… They loved my passion, enthusiasm and most of all the fact that I had made the effort to go over there just to learn, so they offered me an assistant coach’s role with one of their u16s teams. I gave up all my work in the UK, got some money together, and that was the beginning of my Spanish adventure.

I spent two seasons coaching and observing youth basketball in Madrid at the club that developed some of the twelve players who eventually won Spain’s only basketball World Championship in 2006, including Spanish legends Sergio Rodriguez, Carlos Jimenez and Felipe Reyes, cementing their reputation for developing young players.

The thing that blew my mind during training sessions in Spain was the atmosphere. Instead of “sprint, sprint, sprint” and “you have to do this, you have to do that, it has to be perfect”. There was a lot of freedom to try the skills out, sessions were relaxed, fun with lots of games, it was a breath of fresh air. It is these sessions that I’d like to give you a glimpse of in the PDFs and #hoopseuropealleyoop’s

The Lesson Plans are in chronological order, part one is based on my first week of observing sessions, part two is week two and so on. The exercises are also in order, so you are able to see how each session progresses and also the volume of shooting, technical skills, and how often they use game like exercises to develop fundamentals. The Games Approach PDFs are a mix of exercises from all PDFs, covering the development of fundamentals using a Games Approach (the Games Approach PDFs are great in that they give you a glimpse of the style and methods Spanish Coaches use to teach fundamentals, however, some of the context is lost as you do not get to see the exercise that came before or after).

Regarding time, all exercise were 8-10 minutes long and that includes demonstrations. The procedure involved players being called in, during the first minute the drill was demonstrated and key points were kept short and sharp. Once players were going, the coaches would correct players and develop the players. If a drill was not going well it was stopped and coaches moved on to the next exercise and had a rethink. For the last minute, coaches would also step back at see what needs to improve for the next session. Finally, you will also observe in the Lesson Plans that coaches rarely use the same exercises and created new ones for each session. This blew my mind! So, I really hope that these PDFs help you, inspire you and that you get a feel for how young players are developed at elite European development programmes.
Joe Riley 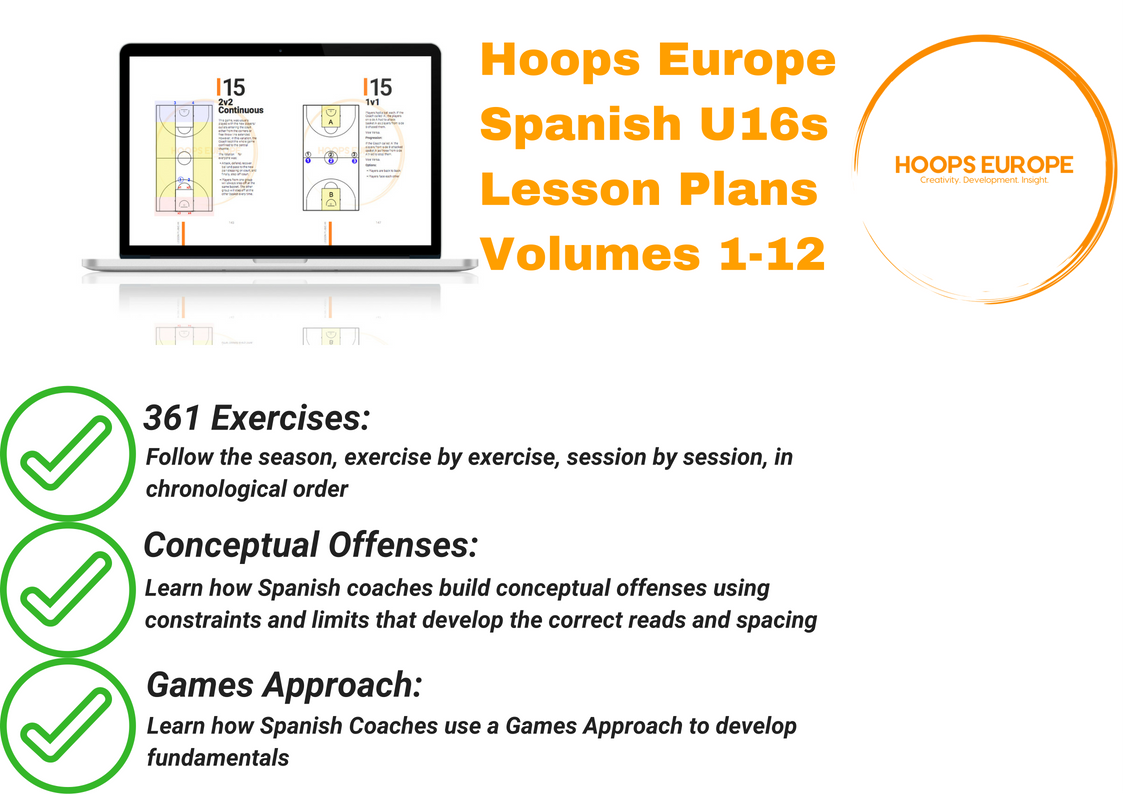 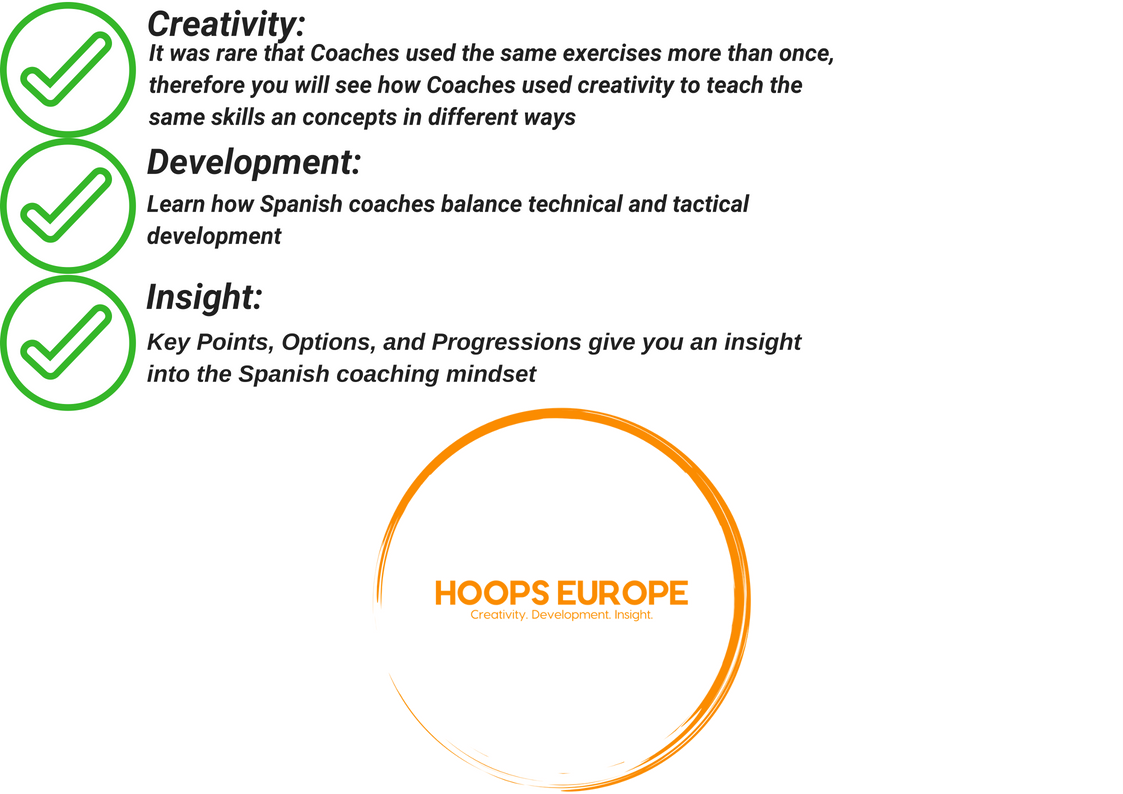 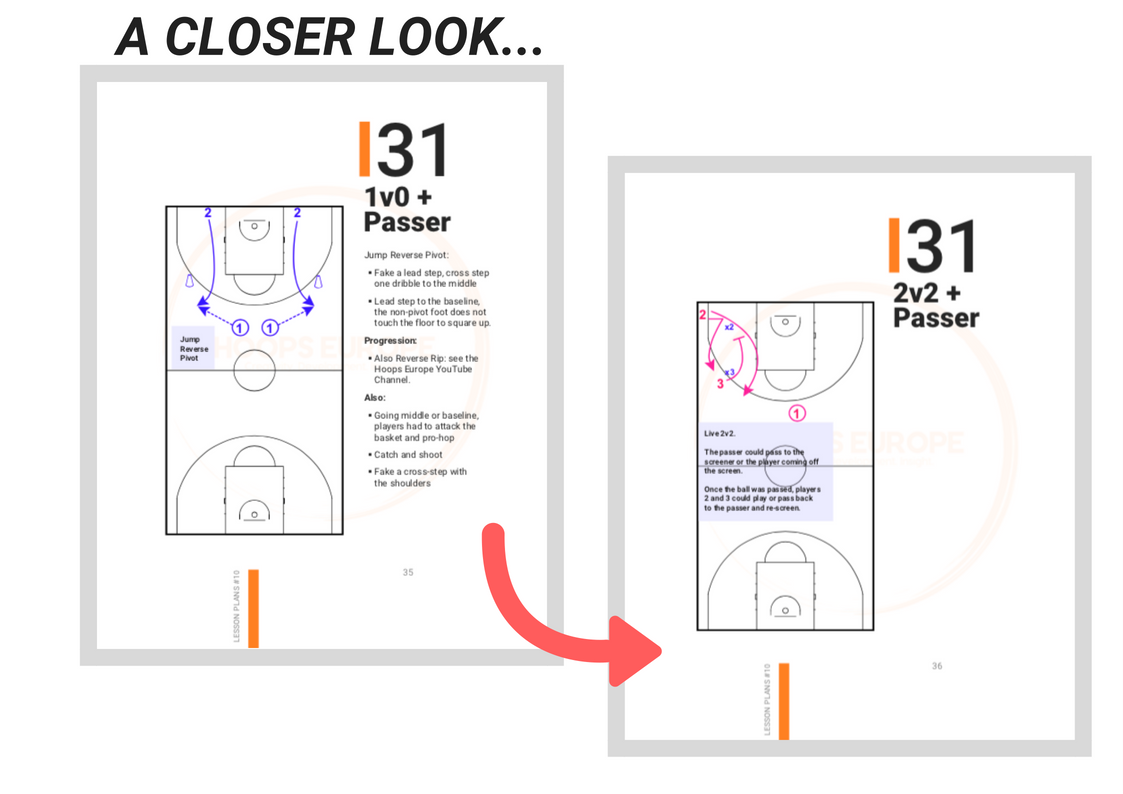 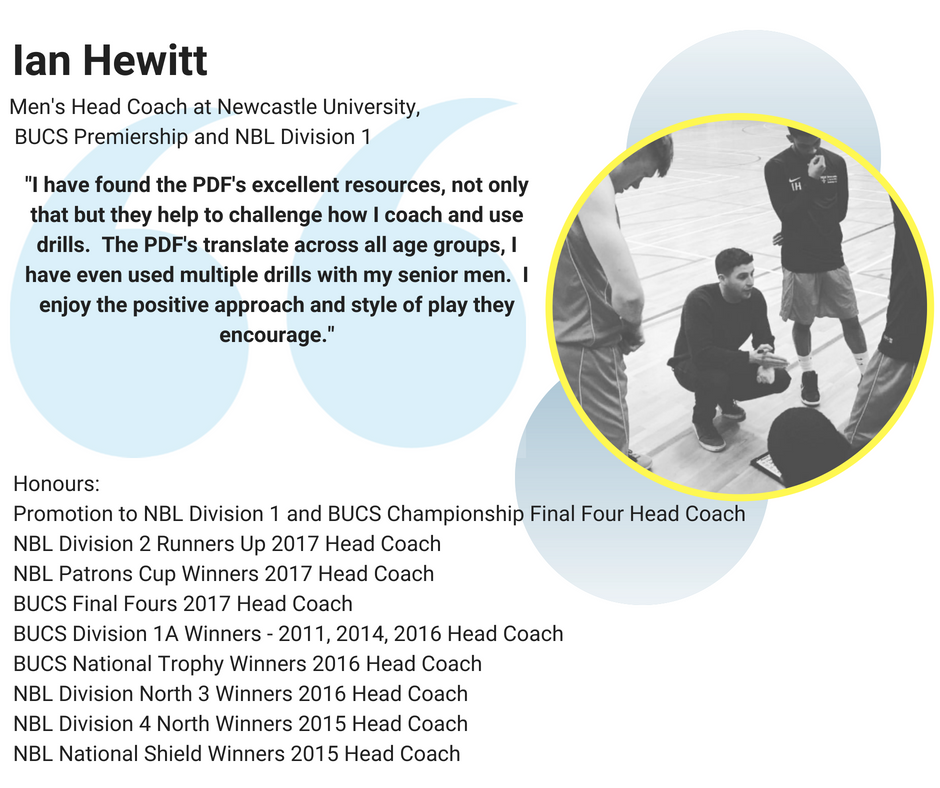 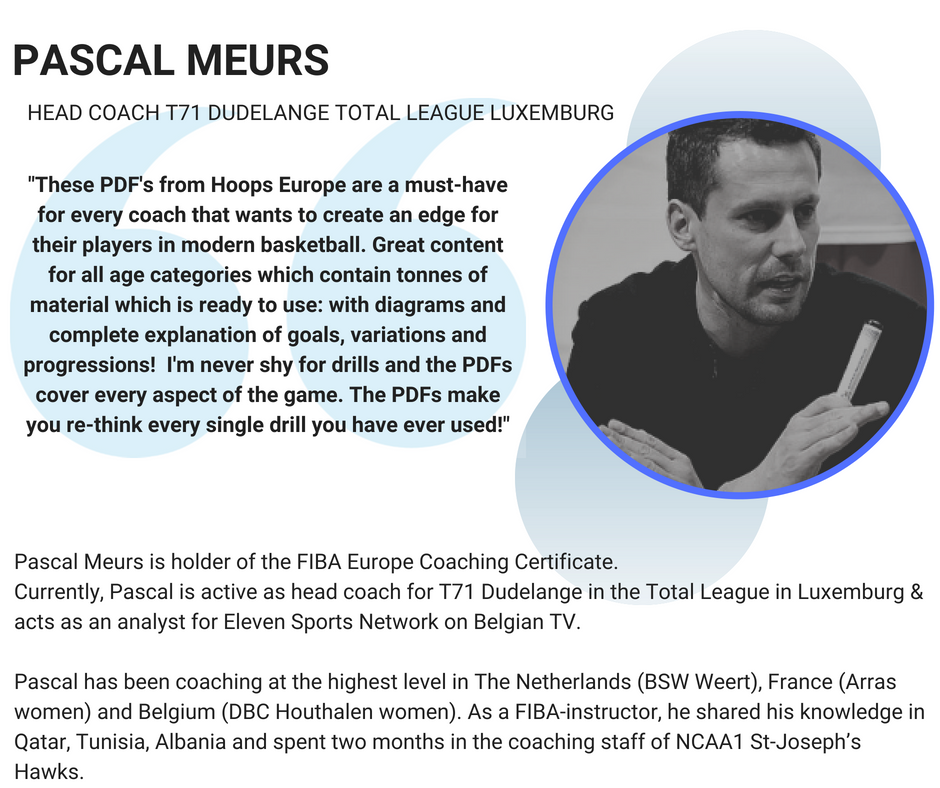 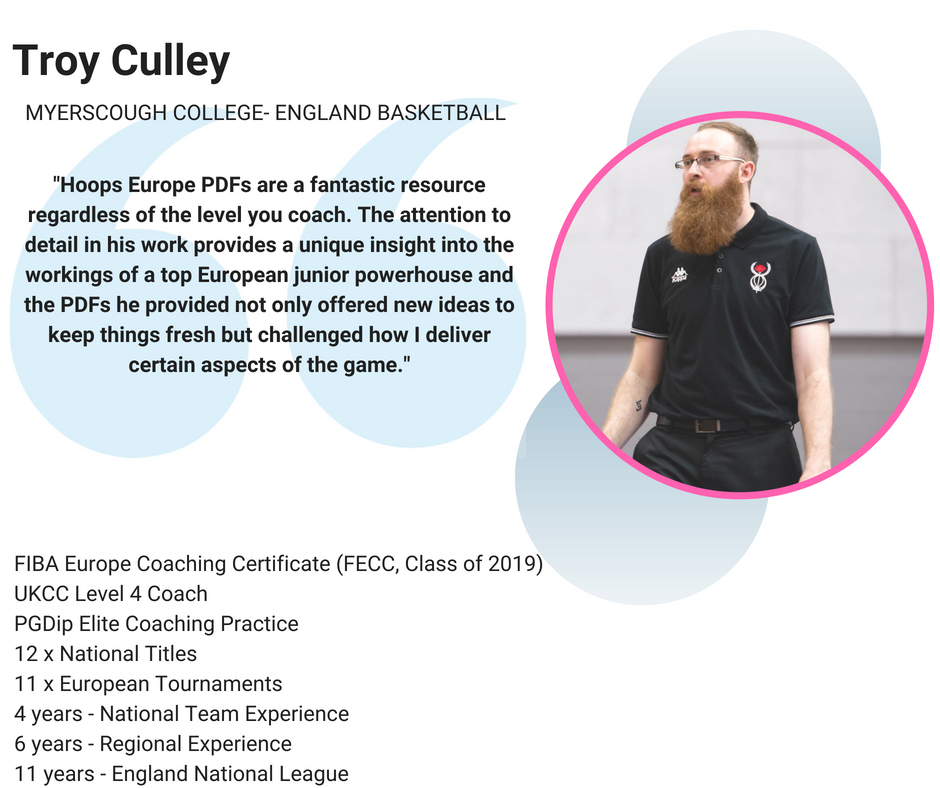 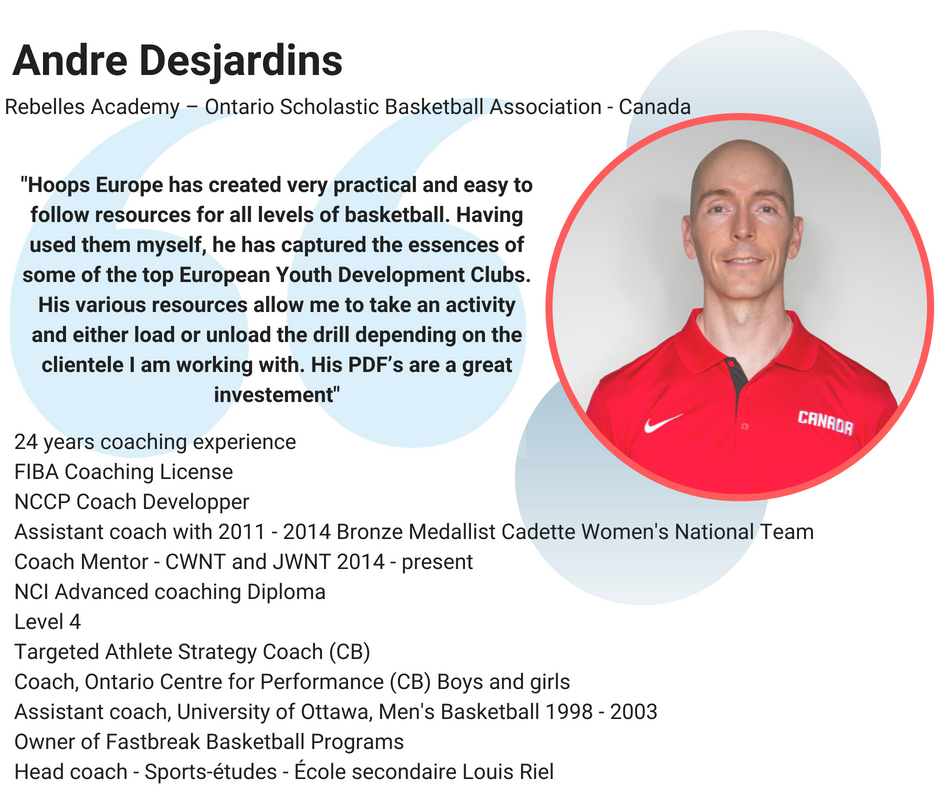 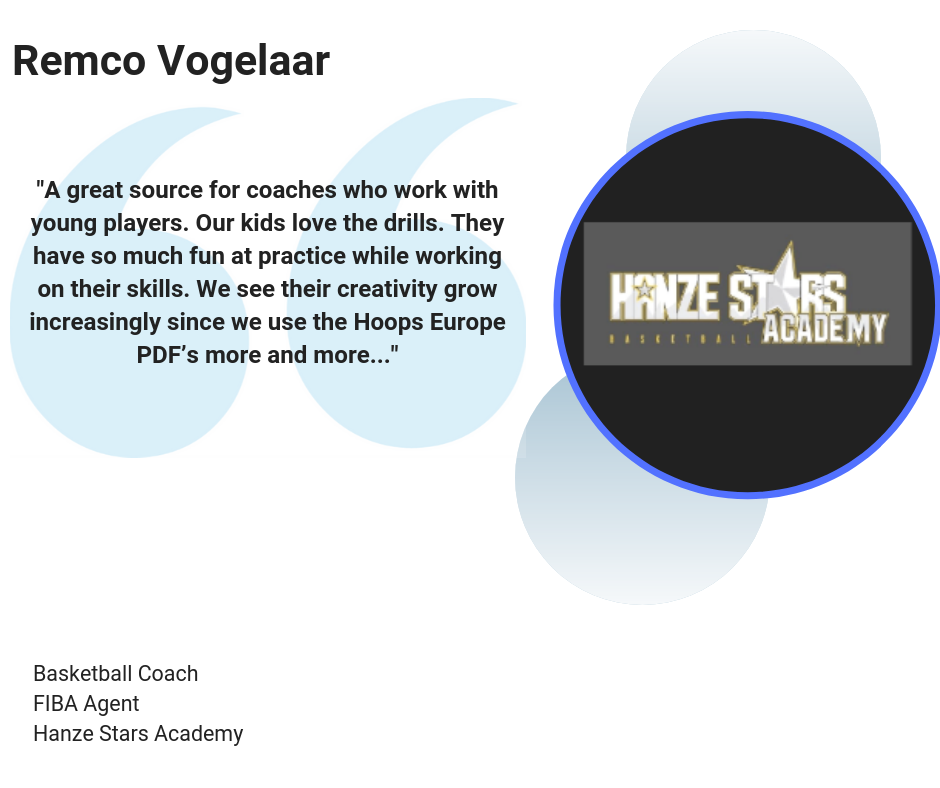 I wrote to the top three or four teams around the European leagues asking if I could visit, watch, and learn. Several teams got back to me, but one club seemed very friendly, that was “CLUB ESTUDIANTES” of Madrid. Since my first visit in 2007, I went back three more times, staying for a few days, and each time I went I’d just sit and watch them coach their youth teams for 7 hours a day, watching U5s up to U20s and I would write down EVERYTHING. There are no secrets...just an indepth insight into the methods of a European Development powerhouse!

Half Court Attack in Youth Basketball by Coaches Clinic
Views: 822
$4.99