How To Build Elite Level Team Through Effective Practice Planning 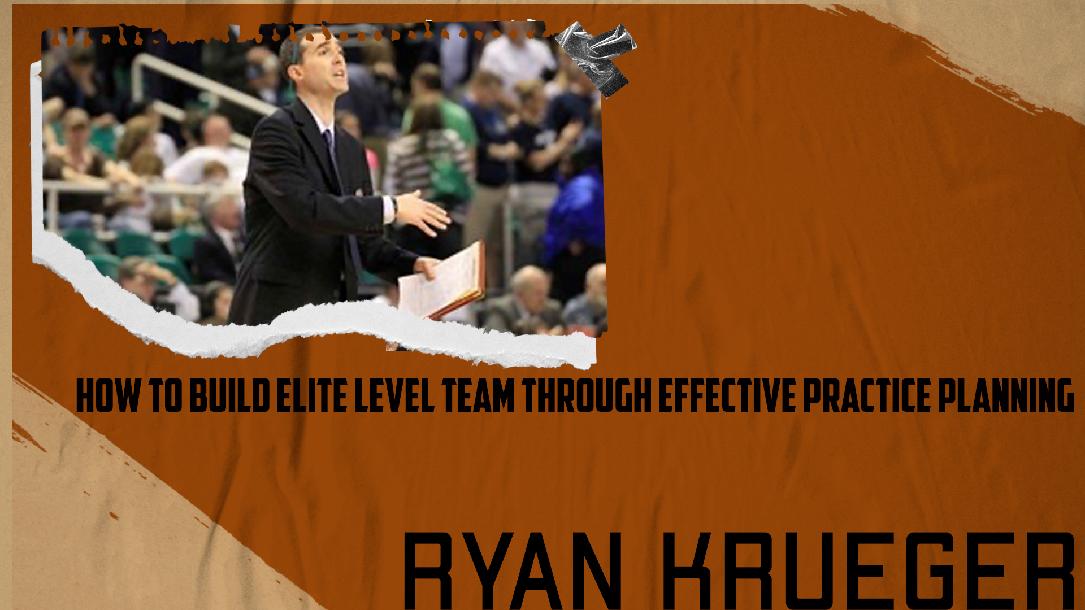 Coach Krueger uses this course to layout how he has planned practice at the professional and collegiate levels.

Coach Ryan Krueger is a former NBA G-League Head Coach for Grand Rapids Drive and former New Jersey Nets Assistant Coach. Coach Krueger was one of the youngest coaches ever that coached at the NBA level as Assistants. After his stint with New Jersey Nets, Coach Krueger spent some time in college basketball, including stints at Rutgers University, University of Oklahoma, and Leigh University, where he helped to lead Lehigh to one of the most important wins in the school history while beating Duke University in NCAA tournament. At Lehigh, Coach Krueger also helped to develop C.J. McCollum into a Draft Pick and now one of the best shooting guards in the world.

Building A Championship Program From The Ground Up by Allen Whitehart
Views: 249
$10