How to Keep Building Relationships During the Season 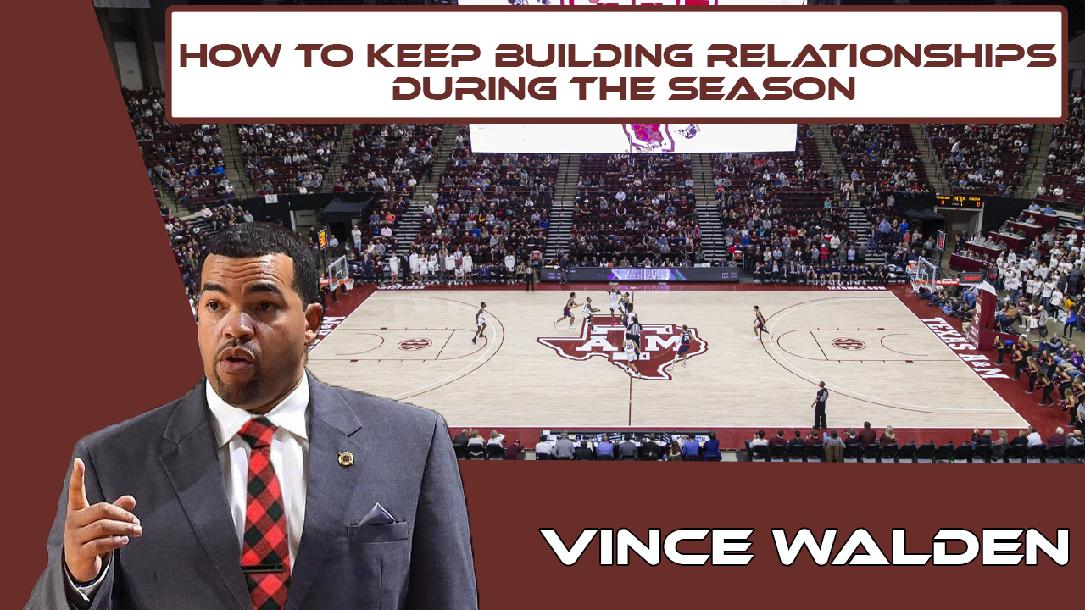 How to keep relationship building during the season

When a team is crowned as champions, they always say something like “ we couldn't have done it without the coaching staff, this is a family, the bond we have is special, etc.” It's true, teams that go all the way and win a championship are teams who have relationships and bonds with one another, as well as the coaching staff. It starts from there. Relationship building is arguably the most important thing a coach can do, you want your players to have faith and trust in not only you but the team as a unit.

There are lots of hiccups along the way and they create perfect opportunities to develop a bond. In order to have relationships with players, there must be removed layers. Get to know their families and backgrounds, have daily communication, call them by their first names and do things outside of basketball. Give them ownership, it's about “we and us” not me and I.

Giving them the opportunity to prove themselves is the first step in developing trust. As trust is the foundation for any relationship. Players hate letting their coach because they took a chance on them, as a coach is crucial to give positive reinforcement and affirmations. A little encouragement goes a long way.

Once you’ve developed a strengthening bond, players have what they need to do their job and succeed. Learn how to build relationships with Vince Walden program..

**How to keep relationship building during the season training**

In this course, Director of Operations at Texas A&M University Vince Walden talks about the 5 H’s. How he goes about establishing and developing relationships during the season. Everything you need to create a bond is right here!

Simply click the ‘Book This Course’ button at the top right of this page, place your order, and you’ll immediately be logged into the training with full access. You’ll know how to keep building those relationships with your players!

Vince Walden is the Director of Basketball Operations at Texas A&M University. He holds 21 years of coaching experience with stops at Elon, Arkansas State, Liberty and the IMG Academy. Walden, a 2017 Naismith Trophy High School Boys Coach of the Year finalist, guided IMG Academy to a 26-2 record in 2016-17, as well as an appearance in the DICK's Sporting Goods High School Nationals as the No. 2 seed.

During his tenure at Liberty, Walden was an integral part in Liberty's 2013 Big South Tournament championship run. The Flames rallied to win four-straight games against three of the top seeds in the tournament to advance to the NCAA Tournament. While at Liberty, Walden trained and developed guard Davon Marshall, who was awarded the Big South Tournament MVP. Prior to joining the Liberty staff, Walden had his first stint with the IMG Academy basketball program as the national team head coach and recruiting coordinator from 2006-12. He compiled a record of 146-56 record in that span and has a combined record of 201-68 in his time with the Ascenders.

He has coached or developed more than 50 professional players, including 2014 second round NBA Draft picks Dwight Powell and DeAndre Daniels.

You just booked "How to Keep Building Relationships During the Season"