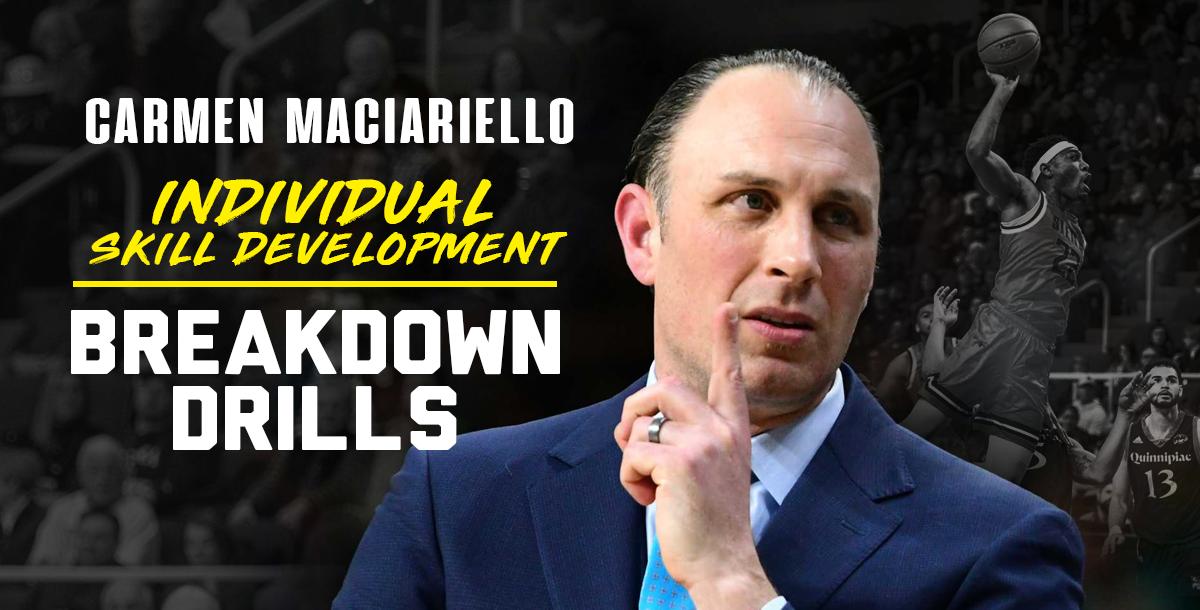 Siena Head Coach Carmen Maciariello gives you the drills and teaching points to help your players improve their fundament skills in this clinic presentation.  Coach Marciariello shares the basic understanding of the drills, and then goes into the individual drills and emphasis.

Carmen Maciariello is the head coach of Siena College.

Maciariello's first coaching opportunity came with his alma mater as the director of basketball operations at Siena under Fran McCaffery in his first season at the helm. He then went on to work with the Albany City Rocks AAU program until returning to the college coaching ranks in 2008 at Fairfield under Ed Cooley. He'd follow Cooley briefly to Providence to serve as the director of operations, but would ultimately take an assistant coaching position at Boston University in that same offseason. After two years at BU, Maciariello joined the staff at George Washington, where he was on staff for the Colonials' 2016 NIT Championship.

In 2018, Maciariello returned to his alma mater as an assistant coach under Jamion Christian. He was elevated to head coach on March 25, 2019 after Christian accepted the head coaching position at George Washington, making him the 18th head coach in Siena basketball history