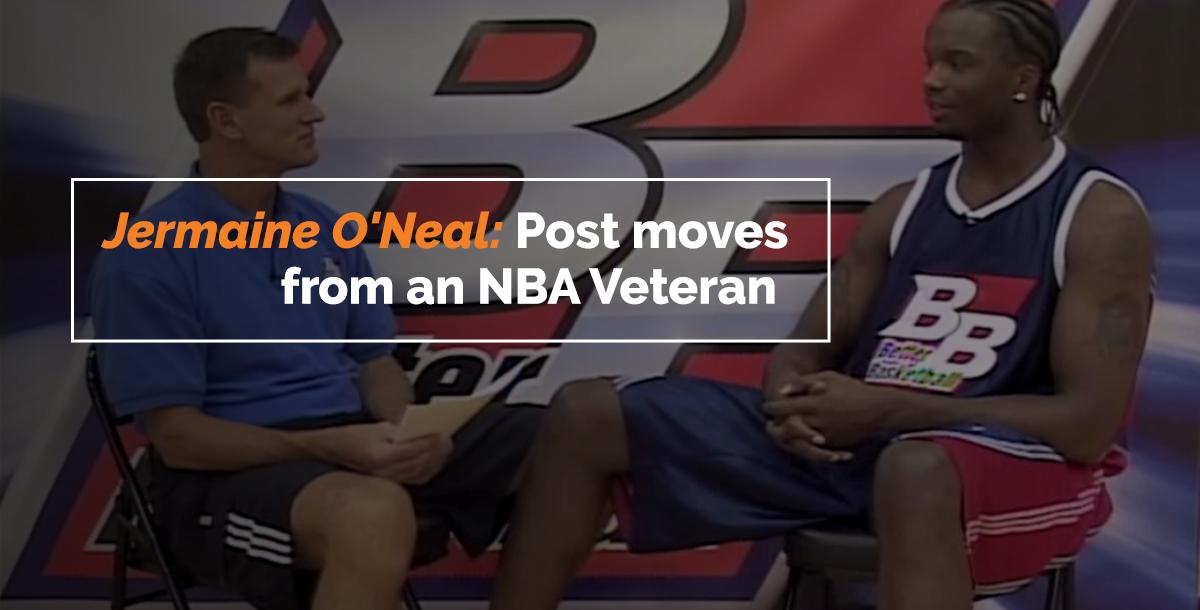 Former NBA forward-center for the Trail Blazers and Golden State Warriors, Jermaine O'Neal shares his secrets to dominate in the paint in this basketball coaching course. Take your game to the next level with this position-specific set of drills and techniques for big men.

Jermaine O'Neal plays forward–center had a successful high school career and declared his eligibility for the 1996 NBA draft straight out of high school. He was selected by the Portland Trail Blazers with the 17th overall pick, but O'Neal was unable to break into the first team in Portland and was traded to the Indiana Pacers in 2000. In his eight seasons with the club, he was voted an NBA All-Star six times, made the All-NBA teams three times, and was voted the NBA Most Improved Player in the 2001–02 season. He also helped Indiana reach the NBA Playoffs six times, including the Conference Finals in the 2003–04 season. He was traded to the Toronto Raptors before the 2008–09 season began, and traded to the Miami Heat midway through the same season. O'Neal joined the Boston Celtics prior to the 2010–11 season. In 2012, he signed with the Suns, and in the offseason of 2013, he signed with the Warriors.