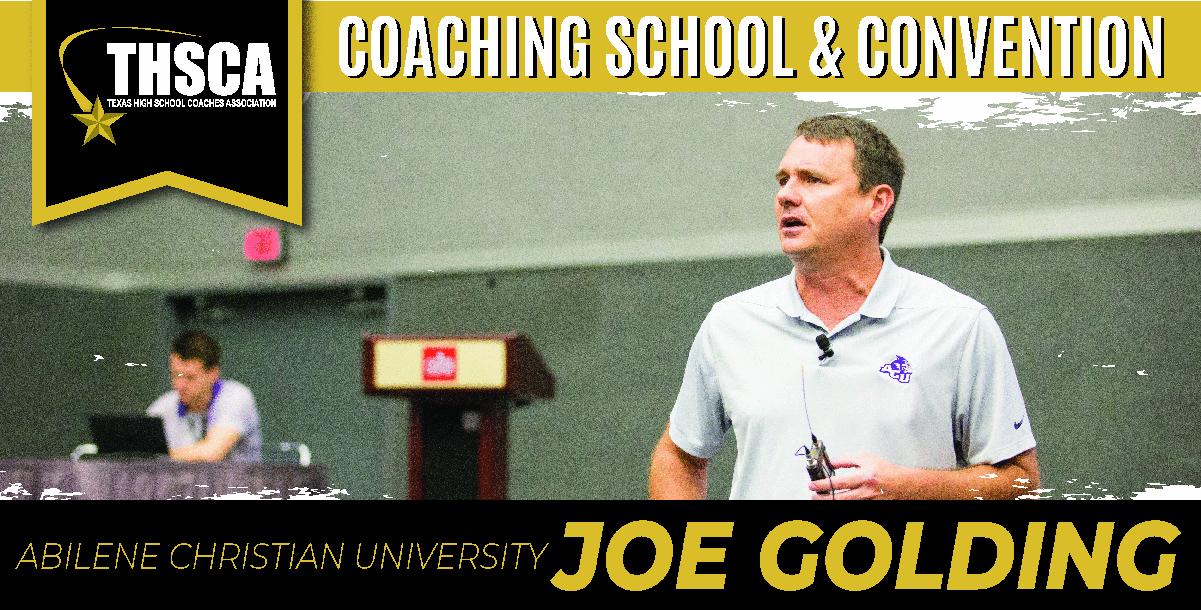 Coach Joe Golding lectures on the basic setup and execution of the High/Low Offense during the 2019 THSCA Convention.  The high/low is designed to create scoring opportunities around the rim and can be utilized with undersized post players.  Coach Golding discusses the basic actions of the offense and also teaches how to flow into the offense out of transition and half court entries.  In addition, Coach Golding shares how to incorpate ball screening actions within the offense to add an additional scoring option.

Before returning to Abilene prior to the 2011-12 season, Golding coached the previous three seasons for head coach Steve Shields at Arkansas-Little Rock, helping the Trojans to the Sun Belt Conference title and an appearance in the NCAA Division I national tournament.  In addition to his normal coaching duties – which included working with the UALR guards – Golding was the Trojan's recruiting coordinator.

Golding joined the UALR coaching staff on July 1, 2008, bringing with him nine years of coaching experience at the junior college and high school levels. Prior to joining the Trojans, Golding spent three seasons (2005-08) as the top assistant to head coach Jason Copeland at Abilene Christian, where his primary duties included recruiting, scouting and on-floor coaching. A former point guard at ACU from 1994-98, he was also responsible for coaching the Wildcat guards.

It was great. Really understood how to implement and scout a 2 game offense

Coach did a great job of showing different ways to run the high low. Very similar to what Self does at Kansas but has some different actions. Very good workshop!