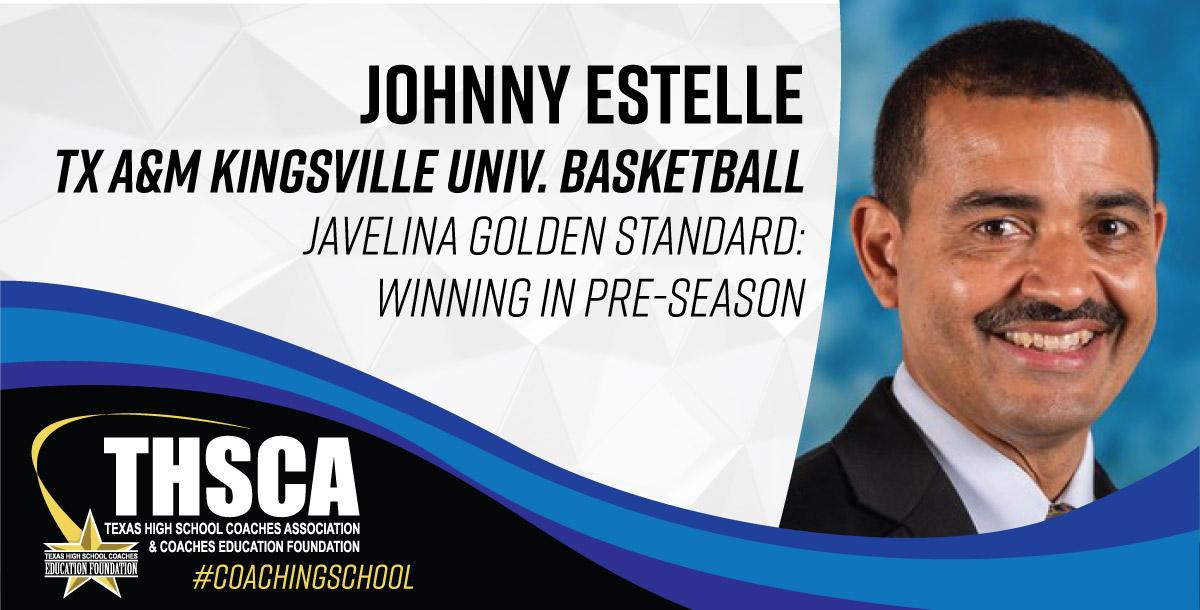 Coach Estelle just completed his 7th season as the head coach of the Javelinas. This past season, he helped lead the Javelinas to the highest win percentage in school history (.833) and be titled the South Division Champs in the LSC. The Javelinas reached the #10 ranking in the Country along with taking the Javelinas to the National Tournament twice in the last 4 seasons. He was voted HoopDirt national Coach of the week in Division 2 on February 8, 2021. Record of 36-12 in the last two seasons. 24-2 record at home having gone undefeated 11-0 this past season.