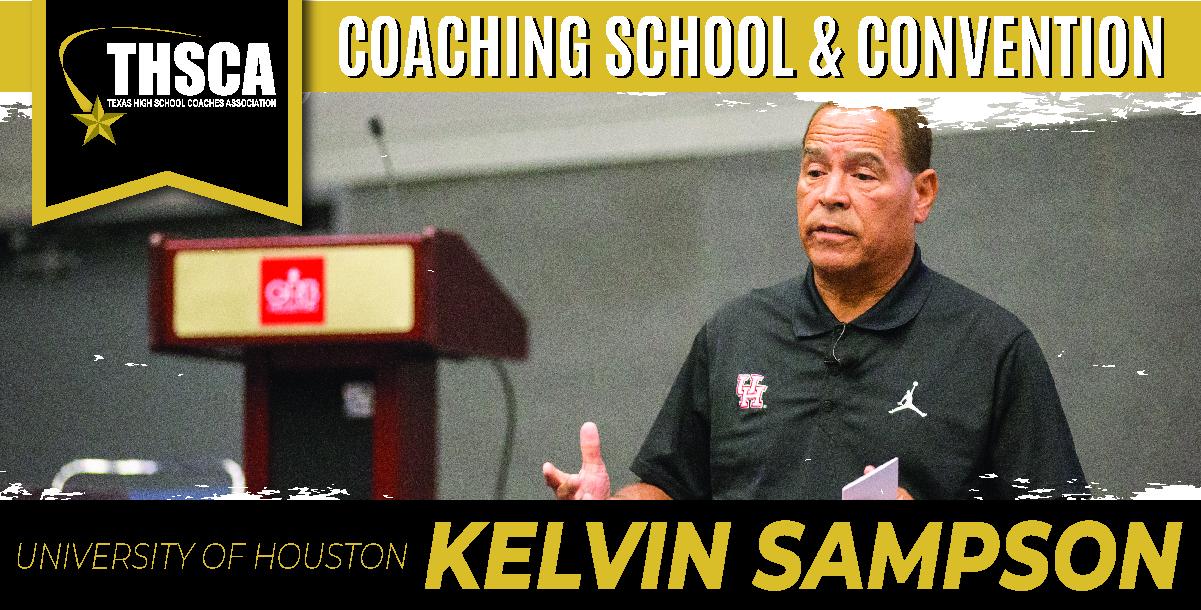 Coach Kelvin Sampson presents the insights and strategies used to rebuild the University of Houston basketball program during the 2019 THSCA Clinic.  Coach Sampson shared wisdom from his years of coaching such as the importance of coaching your coaches, the 3 most imporant thing teams need, as well an overview of his general coaching philosphy.  Coach Sampson also goes into defensive transition concepts and discusses the use of rebounding domes/bubbles to teach rebounding techniques and game simulations.

As a 30-year head coaching veteran at Houston, Indiana, Oklahoma, Washington State and Montana Tech, Sampson has compiled a 616-322 record during his career. He has led his teams to 15 NCAA Tournament appearances, including 11 in 12 years with the Sooners from 1994 to 2006. During his Oklahoma tenure, he guided the Sooners to 10 consecutive 20-win seasons, the 1999 Sweet 16, the 2002 Final Four and an Elite Eight appearance in 2003.

With the Cougars' appearance in the 2018 NCAA Tournament, Sampson became only the 14th coach in NCAA history to lead 4+ schools to the NCAA Tournament.

In his career, he has been named a National Coach of the Year twice. Sampson has received six conference Coach of the Year awards from four different leagues and guided every program he has led to multiple 20-win seasons during his stints.

Effectively Incorporating Analytics Into Your Program by Colton Houston
Views: 255
$4.99

Ten Things To Try With Your Team This Season by Golden Ticket Sports
Views: 312
$9.99