Keys for the Head Coach 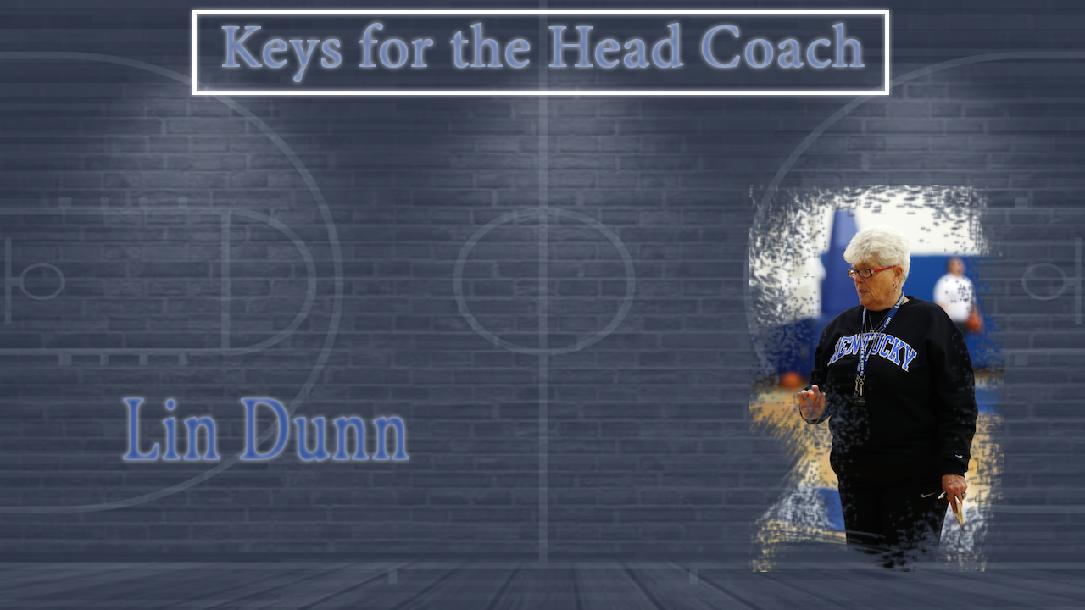 In this course, Coach Lin Dunn gives the 5 keys for head coaches to make a successful basketball program. She also expresses the 4 areas that a head coach needs to manage in order to keep the program intact. Having a plan is one of the most important and necessary qualities for any coach to have success.

Lin Dunn has had a decorative coaching career and is currently a special assistant to the head coach with Kentucky. She is most known for being the first coach and general manager for the Seattle Storm. She has more than 500 wins to her name. She coached for decades in the college ranks, amassing a 447-257 record in 25 seasons as a college head coach. In her time coaching division 1 basketball she made the NCAA tournament 7 different times and the final four one time with Purdue. She is also in the Athletics Hall of Fame at both Austin Peay and Miami. She has also had multiple coaching jobs within the WNBA. Her coaching experience in both college and the WNBA has made herself into a valuable asset for the Kentucky coaching staff.

You just booked "Keys for the Head Coach"