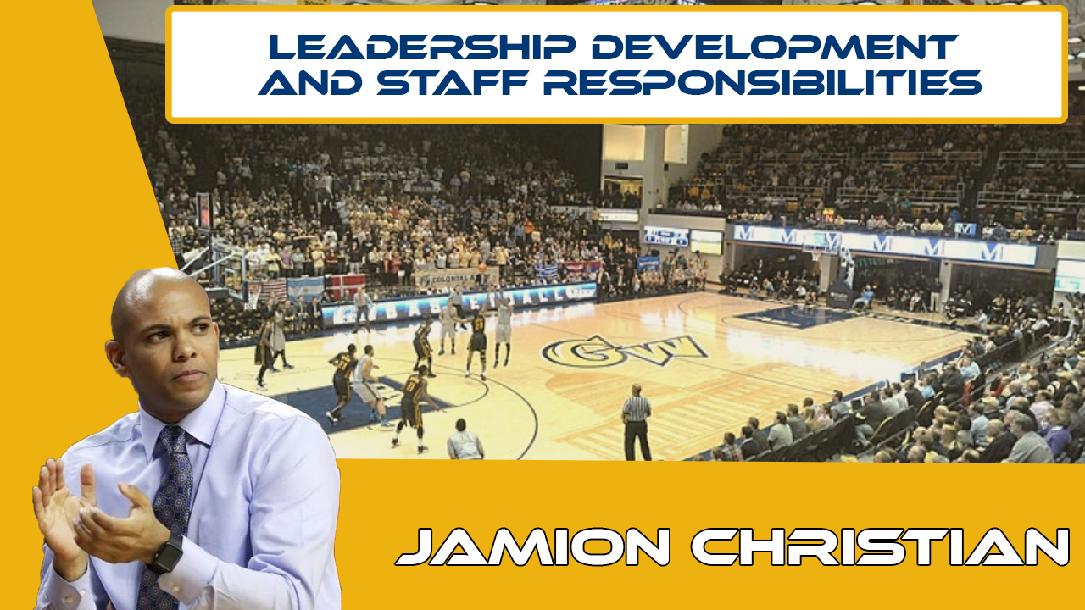 In this course, Division 1 Head Coach Jamion Christian breaks down lessons on leadership, on how to relate and communicate with players and how to lead your program and build the right culture not only within players, but also how to navigate and lead the whole staff and have everyone to buy in. If you are looking to learn how to build winning and hard working culture, this course is for you!

Jamion Christian is the Men's Basketball Head Coach at George Washington University. Christian has helped lead a pair of All-Conference honorees and brought in an influx of talent with six transfers from "power 5" conferences. He led the Mount to a pair of NCAA Tournament appearances. He turned Siena into one of the nations most improved teams in 18-19'.

Hired to lead his alma mater at the age of 29, Christian led Mount St. Mary’s to two NEC Tournament Championships and NCAA Tournament appearances in 2014 and 2017. He guided the Mount to 101 wins and a winning record in conference play all six seasons, the only school in the conference to achieve that feat. Taking over a program that went 8-21 the season before he arrived, the first-time head coach led Mount St. Mary’s to an 18-14 record and an appearance in the NEC Tournament Final in 2012-13. A year later, Christian led the Mount back to the NEC Tournament Championship game, which they won to advance to the NCAA Tournament.

You just booked "Leadership Development and Working With Staff Responsibilities"