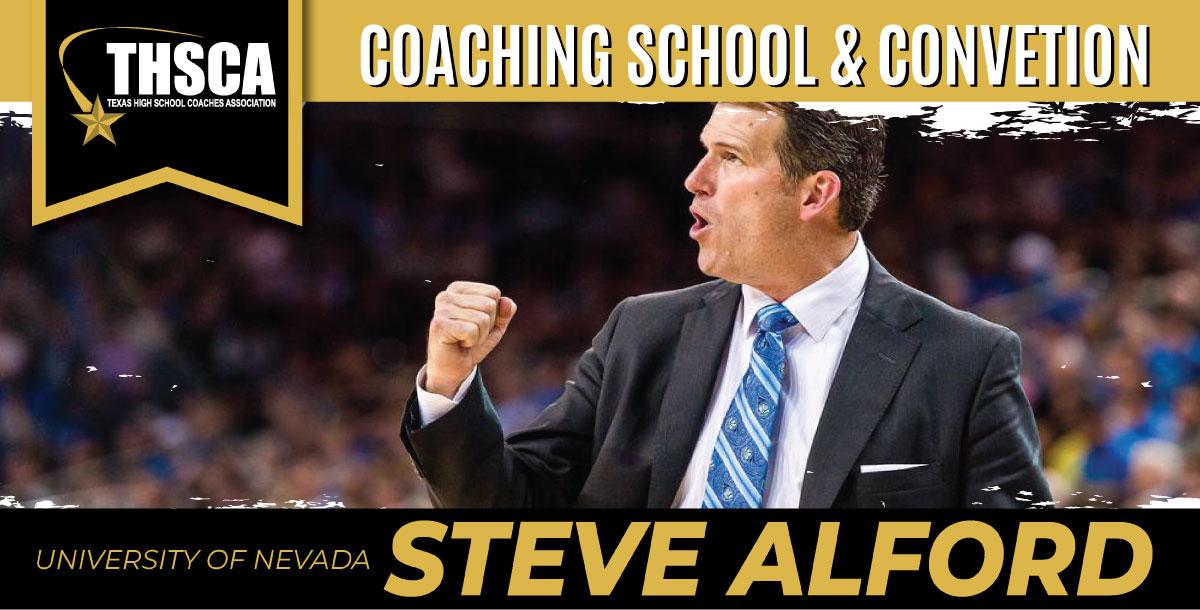 University of Nevada coach Steve Alford shares lessons he has learned as a player and coach in this clinic presentation at the 2019 THSCA Convention.  Coach Alford discusses the importance of his faith in coaching, serving others before self, and helping your players become the best versions of themselves through roles.  Coach Alford also does a question and answer session where he discusses communication with players.

Steve Alford became the 19th coach in the history of the Nevada program.  Alford has a career record of 587-298 (.663) in 28 seasons as a collegiate head coach and is 509-269 in 24 seasons as a Division I head coach.  With Division I stops at Missouri State, Iowa, New Mexico and UCLA, his teams have averaged 21 wins per year with only two losing seasons.

Alford joins the Wolf Pack after five plus seasons at UCLA where he led the Bruins to four NCAA Tournament appearances advancing to the Sweet 16 three times in a four-year span in 2014, 2015 and 2017.  The Bruins won the 2014 Pac-12 Tournament.  During his tenure at UCLA he posted a record of 124-63.

In each of his previous coaching jobs he led his team’s to NCAA Tournament victories.  In 14 seasons his squads advanced to the NCAA Tournament, 11 at the Division I level and three at Division III.  In addition to leading UCLA to three Sweet 16 appearances he guided Missouri State to its first Sweet 16 in 1999.  Seven times he led squads to the National Invitation Tournament.

In 15 seasons he had led his teams to 20 or more wins and three times 30 or more victories.  His 2016-17 UCLA squad posted a 31-5 record with the 28 regular season victories tying the Bruins record for wins.

During his time at UCLA he coached 11 NBA draft selections, seven were chosen in the first round.  In 2015 (Kevon Looney), 2014 (Zach Lavine, Jordan Adams, Kyle Anderson), 2017 (Lonzo Ball, TJ Leaf) and 2018 (Aaron Holiday) were all first round selections.  While at UNM, JR Giddens and Tony Snell were first round NBA selections.