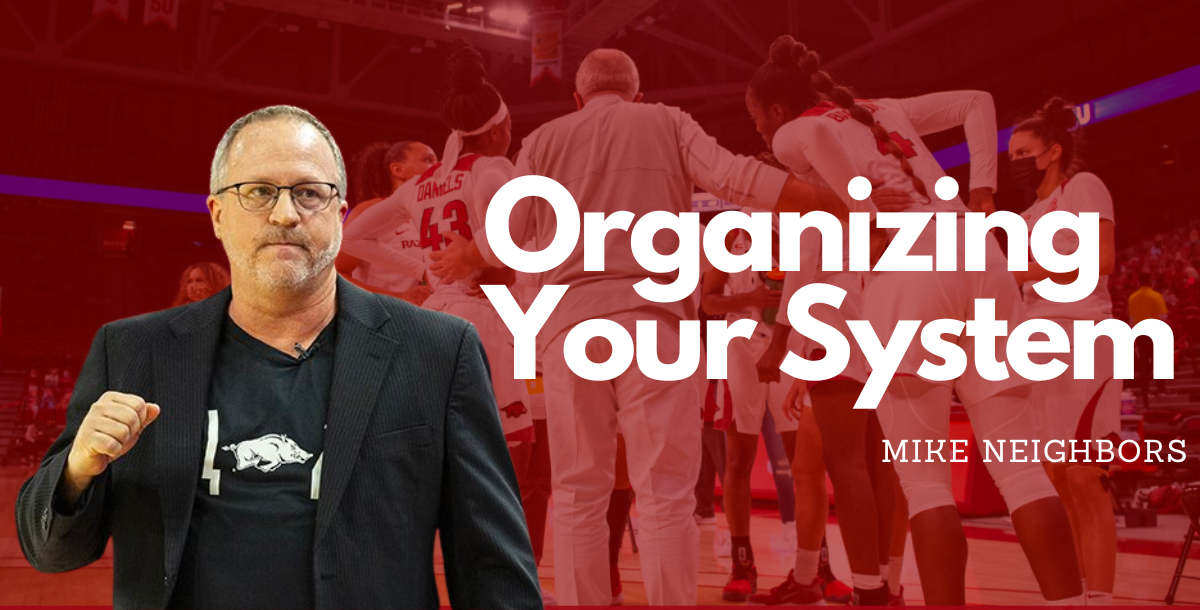 University of Arkansas Women's basketball coach Mike Neighbors gives a full breakdown on organizing your system within your basketball team. The main focus of this course is building a system that is able to beat the best team you will have to play on your schedule.  Coach Neighbors coaches you on how to understand the anatomy of your offense, as well as creating your team's language, green light shooting, transition attacks, and family alignments. He also does a full q&a session to discuss the details of his course. Click “Book this Course” to get one of the best coaches in college basketball to help you organize your team and start preparing to dominate your opponents during the season.

Arkansas Women’s Basketball Head Coach Mike Neighbors doesn’t want to hide from history. The Arkansas native is well-versed in the history of the program he inherited, including the struggles of the recent past. However, his attention doesn’t stay there long; he’d much rather talk about where the Razorbacks are headed, and how they plan to get there.

Prior to his homecoming at Arkansas, Neighbors guided Washington to four seasons of unprecedented success, highlighted by the 2016 NCAA Final Four and two NCAA Sweet 16 appearances.

Build Your Own Basketball Skill Workout by Quinn McDowell
Views: 10625
$29