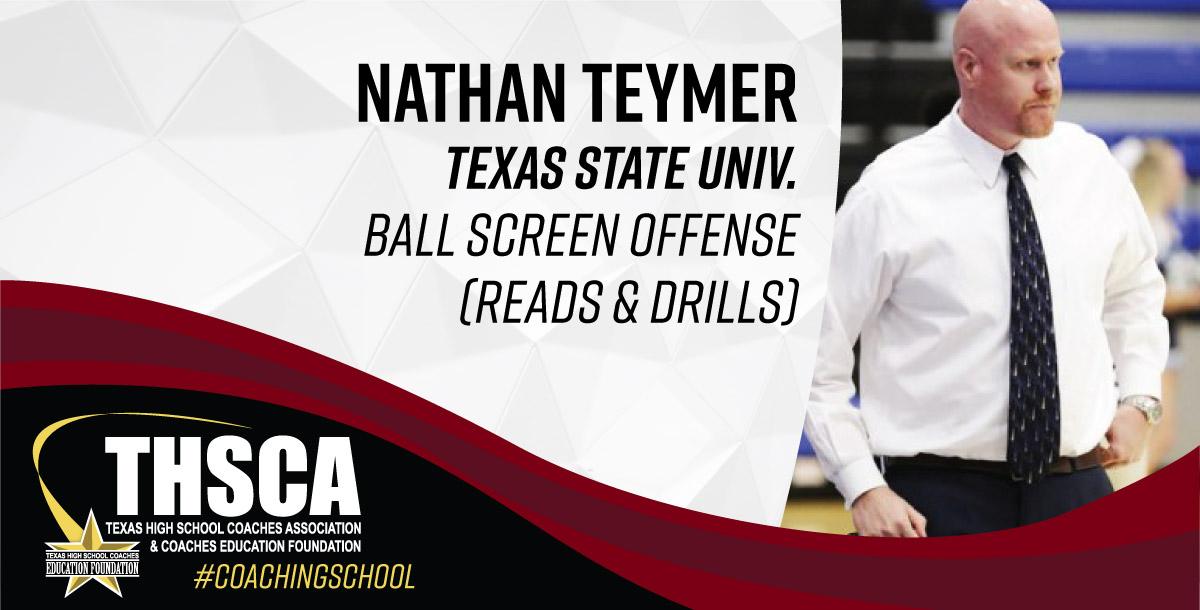 Nathan Teymer is in his fifth season on Zenarae Antoine’s staff at Texas State after after joining the program in 2017. Teymer is responsible for coaching the forwards and post players as well as assisting with recruiting and scouting.

Teymer most recently served as the head coach of Augusta University in August, Ga. Overall, Teymer brings 12 seasons of head coaching experience to Texas State. A native of Urbandale, Iowa, Teymer received a bachelor of arts in secondary education from Grand View College in Des Moines, Iowa in 1999 and received his master of education in health and physical education from Georgia Southwestern in 2002.

Teymer is married to the former Phylicia Proctor.