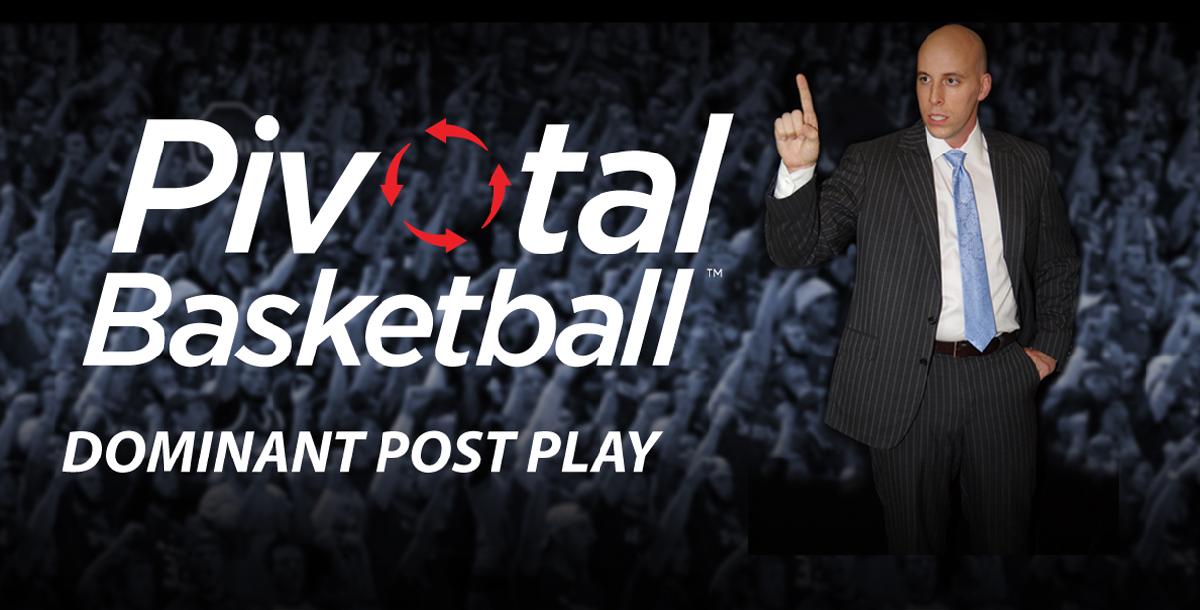 The biggest difference between a Mid-Major college program and High-Major is the size of the bigs. There are many more solid guards across the country but finding skilled post players is a difficult challenge all the smaller programs must overcome.  Isn't that the challenge you face at your high school?  Few college coaches have been able to overcome the challenge as successfully as Coach Mueller.  He was able to take undersized, lower ability post players and turn them into All-Conference players not once or twice, but 5 times! Each of these young women utilized the Pivotal knowledge and skills necessary to gain the best scoring position possible, increase scoring average significantly, get to the foul line more often, and shoot a higher field goal percentage.   This instructional course will help you:

Sneak Peak:  drills that get the most return on your time investment, teach your players how to get the best position possible and put more points on the board. With footage from actual college games, you will get live game examples of Coach Mueller's strategy and methods working together to create league-leading results.  What others are saying: “I have coached with and played for some of the most esteemed coaches in the country: Pat Summit, Gary Blair, and Kim Mulkey. As a veteran coach with over twenty years on the sidelines it was rare to have someone capture my attention with something truly unique, but Christian teaches post play in ways I had never seen before. I was so impressed with the improvement in our posts’ finishing ability, I began implementing his techniques with our guards. With a simple teaching progression that is easy to understand, Christian had our post players excited about their increased scoring opportunities.  If you have any opportunity to be coached or trained by Christian Mueller, I’d jump at the chance and make it happen!” ~Angela Lawson (Former assistant coach at University of Tennessee and Baylor University)

As Lead Instructor and “Chief Post Advocate,” Coach Mueller has nine years experience as both a head coach and assistant at the Division 1, 2 and NAIA levels. He began his college years as an assistant at Valparaiso University from 2004-2006.  Most recently, Coach Mueller directed post play at the University of the Incarnate Word. In the 2011-12 season, he was instrumental in the team’s march to the Lone Star Conference title game.

Mueller’s specialty is coaching post play. In his first four years coaching in college, five of his post players were recognized as 1st-Team All-Conference. Two signed professional contracts to play overseas. One was an honorable mention All-American. And still another finished her career ranked 18th all-time in career FG percentage.

I have been coaching boys teams for a while and this is by far the best post player (male or female) instructional video I have seen.

Loved this course. Mueller’s teaching progression is so easy to understand. We’ve been utilizing many of these techniques at Our Lady of the Lake University and we just had the best year in program history. I go back to the film every so often because Mueller’s short, simple phrases leave no room for players to think, "I’m not really sure what coach is asking of me." I no longer think post play is about height. It can help, for sure, but I’ve seen this stuff make scoring around the basket really easy for 5’10 girls. If you’ve been looking for a great video on post play, this is the best I’ve come across.

I’ve been coaching for 20 years and have always been searching for the “right” way to teach post play. I’ve always struggled with some of the techniques and had problems with carryover into games. I watched this video and incorporated some of the techniques shown with one of my players. The methods we worked on were proven successful in actual game play. She had success getting easy scoring opportunities immediately. The way Coach Mueller explains the philosophy from the base upward and how to score simply was so good. Awesome video!

Fantastic coaching - the examples are clear and precise, showing the breakdown and end-goal of each move. As you progress, the moves fit together perfectly and are shown in practice scenarios as well as actual game footage. Not just post players - every player (and coach) on the court will benefit from understanding these moves and the expectations of the post position. I love the idea of pushing drills and hard passes past the point of 'easy control' and working harder at the top-end - eliminates wasted practice hours and time-killing drills by rewarding top-end growth instead of ignoring lazy repetition. Essential moves for dominating post play.

Definitely using this with my posts!

Love the course. Been searching for information that I can use to help our post players. Awesome. This is exactly what we need. Thanks

Love the detail Coach Mueller puts into the video. Great drills, great concepts, and a ton of help being provided. Have been a huge fan of Coach Meyer for years and am very pleased to see so many of his principles being taught and incorporated. Keep up the great work.

I loved this course. Our tallest guy is 6'5" and the rest of our post guys are 6'0"-6'3". Finding different drills to help them get position before they catch the ball is so helpful. I found drills and concepts that we installed the very next practice.

Definitely can take away very valuable and practical applications to bring to my program!

You just booked "No Moves Needed"