Post/Guard Development and the Culture of JOY 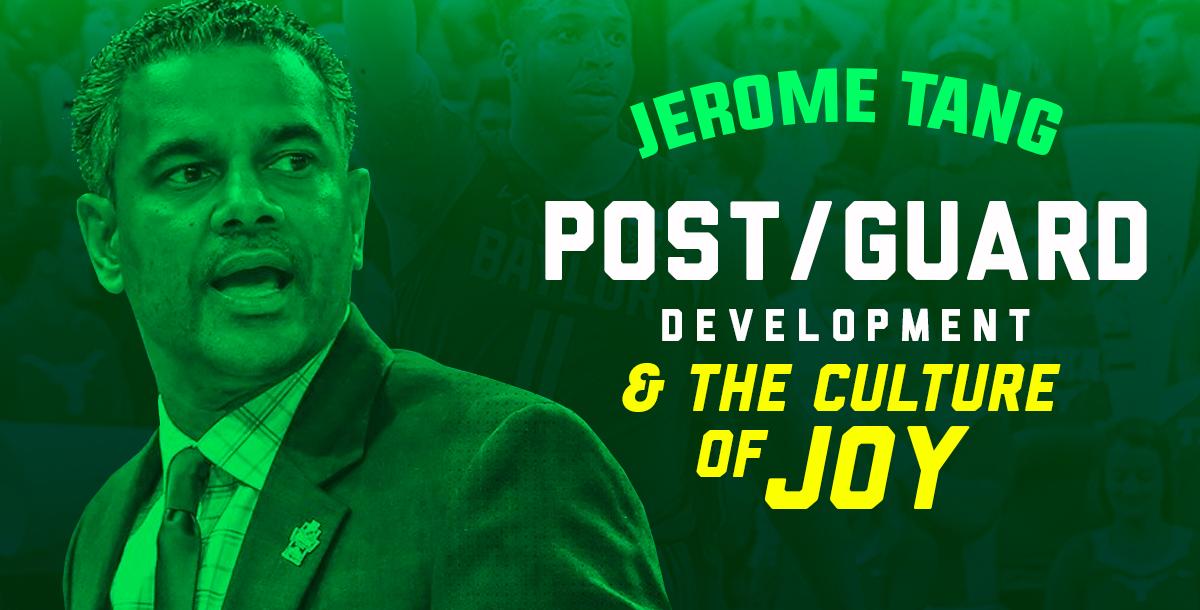 In this course, esteemed Coach Jerome Tang delivers various plays and drills in order to improve your guard/post players. Through his use of practice and game film, you get a true glimpse of how his strategies and methods work. If you are a coach who wants to maximize the offensive and defensive effenciency of your players, then this course is for you! Start learning how develop your players today with these exclusive free lessons.

Jerome Tang is in his 18th year coaching at Baylor, following 10 seasons as head coach at nationally recognized Heritage Christian Academy in Cleveland, Texas. Coach Tang has been integral in the Bears’ rise to national prominence, serving his first 14 seasons on staff as assistant coach before being promoted to associate head coach in 2017.

Tang has helped lead the Bears to 20-win seasons in eight of the last nine years, posting a 217-97 record, six NCAA Tournament appearances and an NIT title since 2011-12. Baylor has also appeared in the NCAA Tournament Sweet 16 four times since 2010, twice advancing to the Elite Eight. Additionally, nine players from those seasons have gone on to play in the NBA, including Quincy Acy, Pierre Jackson, Cory Jefferson, Perry Jones III, Quincy Miller, Johnathan Motley, Royce O’Neale, Taurean Prince and Ekpe Udoh.

Tang helped Baylor to arguably the best season in program history in 2019-20, posting a 26-4 record and spending five consecutive weeks ranked No. 1 nationally, which was the longest streak by any team since Kentucky in 2015. The Bears set a Big 12 Conference record with a 23-game winning streak and were projected to earn an NCAA Tournament No. 1 seed before the postseason was cancelled due to the COVID-19 pandemic. All five of Baylor’s starters were named All-Big 12, the first time any team has done so in the league’s 24-year history.

You just booked "Post/Guard Development and the Culture of JOY"