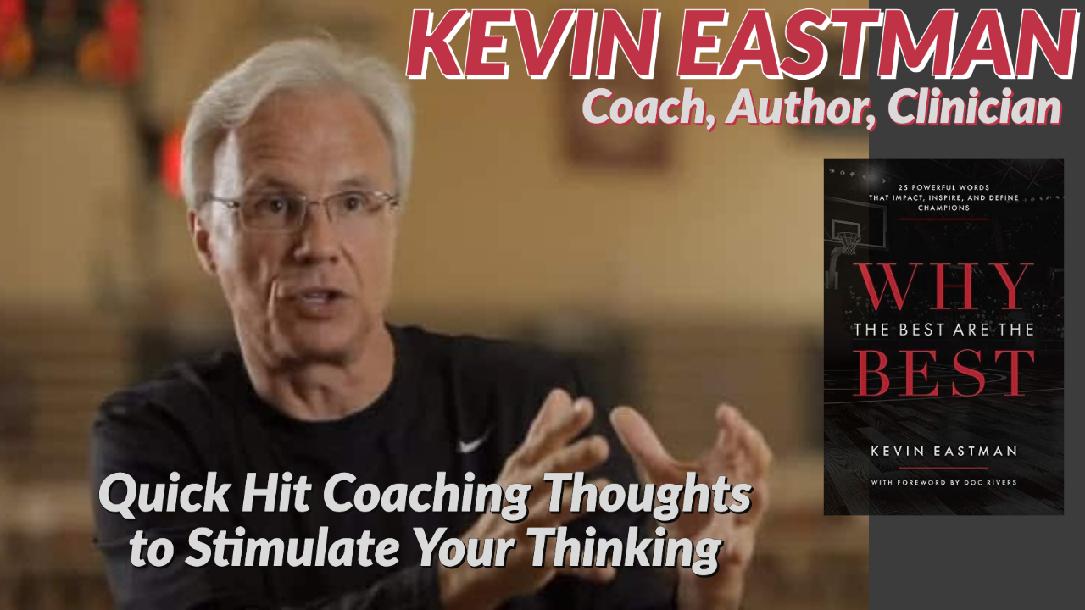 Former Coach and NBA Champion Kevin Eastman puts on a clinic that exploits the mental side of game. He goes over 35 Bullet Points that every single coach needs to be able to answer to themselves to make sure they are the leaders they need to be for their players. Coach Eastman then breaks down 20 points of emphasis that every player needs to focus on.

Coach Eastman stimulates our thinking to help all coaches to figure out:

Coach Eastman is one of the most respected clinicians and skill development coaches in basketball. He spent 13 years as an assistant coach in the NBA, including as a top assistant to Doc Rivers and the 2008 NBA Champion Boston Celtics (and the 2010 NBA Finals Boston Celtics). He was an assistant to Doc with the Los Angeles Clippers, where he also served as VP of Basketball Operations. Prior to the NBA, Eastman had a successful 22-year career in college coaching and served for many years as the director of the Nike Skills Academies for elite players.

Since retiring from coaching, Coach Eastman has become a best-selling author (Why The Best Are the Best) and an in-demand speaker to sports and corporate teams. He continues to offer his knowledge to the basketball community through clinic speaking as well.