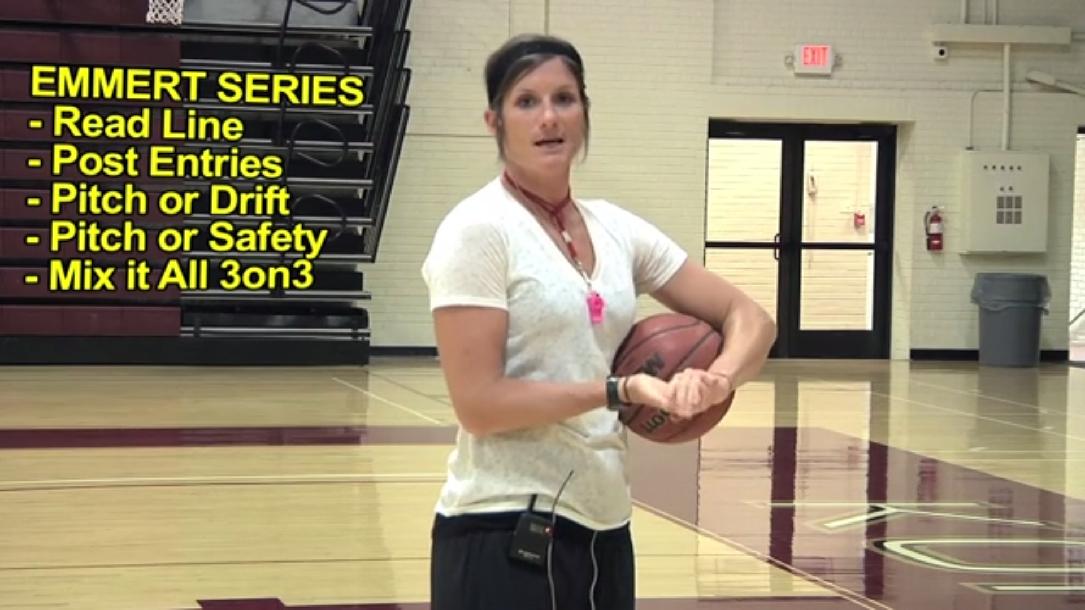 Coach Randi Henderson has adopted a concept she calls “Emmert Reads” from a coaching clinic she attended. In this 29 minute course, she introduces drills you can use to train post entries, the read-line, relocation, and x-cuts.

These actions are designed to imitate live game situations and stimulate your imagination for training any Read and React action initiated by post entry or dribble penetration.

After college, Randi pursued her coaching career, starting as an assistant coach at the University of Minnesota Morris. She was named head coach of the women's program in 2006, and in her first season she was named UMAC Coach of the Year.

Randi then accepted the head coach position at Coe College, where she has been a 3-time IIAC Coach of the Year and WBCA West Region Coach of the Year. She led Coe to their first-ever Conference Championship in 2010 and repeated again in 2011. She also led the team to NCAA DIII National tournament appearances in 2011 and 2012.

Randi then served for two years as an assistant coach for the Charlotte 49ers. In June of 2017, Randi was named the head coach of Washington University in St. Louis, Mo.