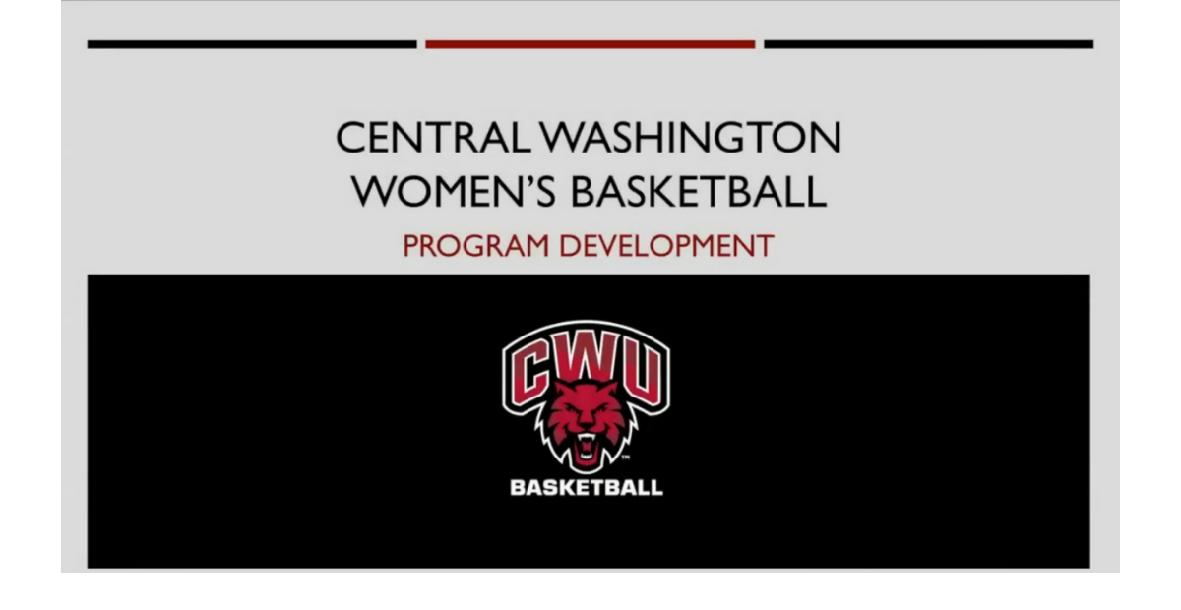 Randi Richardson-Thornley was named the Head Coach of the CWU Women's Basketball team on April 26, 2017. She joined CWU in the spring of 2015 as an assistant coach before being elevated to head coach status.

In 2018-19, Richardson-Thornley guided the Lady Wildcats to an 18-11 overall record with a 12-8 mark in GNAC play. CWU made the conference tournament as the No. 4 seed and advanced to the semifinals before bowing out. It was the fifth consecutive season that CWU made the GNAC Tournament. Three Wildcats earned All-GNAC honors, while six student-athletes were named to the GNAC All-Academic Team.

In her first season as head coach in 2017-18, Richardson-Thornley's squad posted a 15-14 overall record and was 11-9 in conference action. CWU once again made the GNAC Tournament for the fourth straight year as the No. 5 seed. Two players garnered All-GNAC accolades and the Wildcats had nine student-athletes make the GNAC All-Academic team.

Prior to being the head coach, Richardson-Thornely was the top assistant for CWU for two seasons from 2015-17 under former Head Coach Jeff Harada. In those two seasons, she helped guide the women's program to a 32-27 overall record and a 20-22 mark in GNAC action. CWU made the conference tournament both seasons. She helped the Wildcats earn four All-GNAC honors, a GNAC Freshman of the Year in 2015-16 , and 10 GNAC All-Academic team selections in her two seasons as an assistant.

Before CWU, Richardson-Thornley was an assistant coach at Seattle Pacific University under Head Coach Julie Heisey from 2013-15. In her two seasons with the Falcons, they went 40-16 and were 24-12 against GNAC opponents. The 2013-14 squad finished fifth in the conference and made the first round of the GNAC Tournament. The following year, SPU went 22-7 en route to a runner-up finish in the GNAC. The team made the both conference and NCAA West Region semifinals.

Prior to SPU, Richardson-Thornley was the lead assistant at her alma mater, Arlington High School, for two seasons. In the 2011-12 season, her team went 14-10 overall and made the fourth round of the district playoffs. The following season, 2012-13, the Eagles posted a 22-5 record and made an appearance in the WIAA 4A State Championship.

Richardson-Thornley began her collegiate playing career at the University of San Francisco in 2007-08 before transferring to the University of Wyoming to where she competed for the final three seasons for the Cowgirls. Wyoming was 61-35 overall and 29-19 in the Mountain West Conference during Richardson-Thonrley's three seasons as a player. She started in 93 games for the Cowgirls at point guard and helped lead the team to back-to-back appearances in the Sweet 16 of the Women's NIT Tournament in the 2009-10 and 2010-11 seasons.