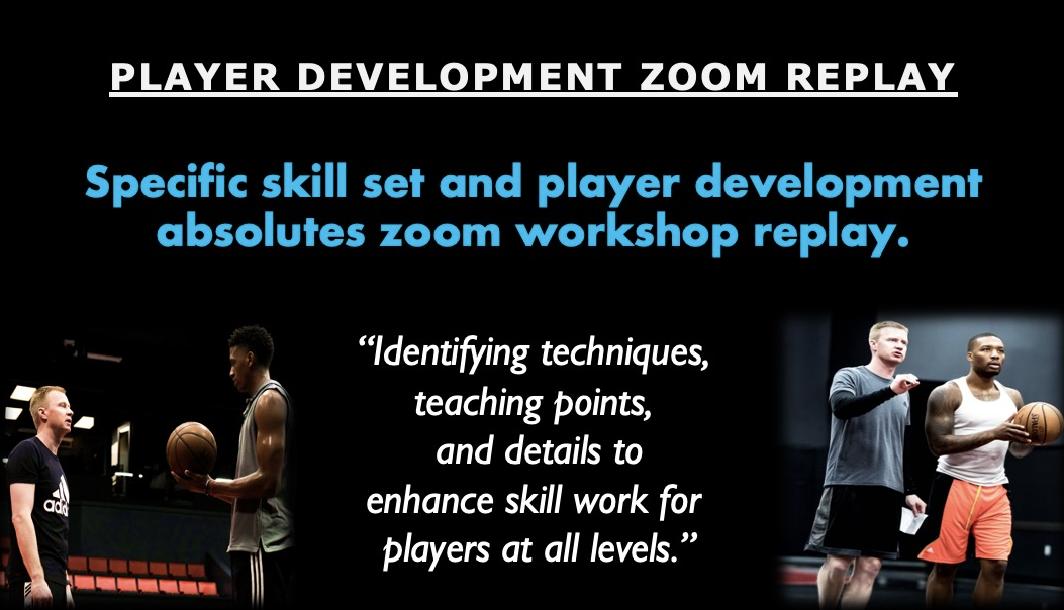 This skillset breakdown has over 75 minutes of content focused on specific strategies to get players better. In this zoom replay, Phil Beckner covers the teaching points that go along with drills for maximizing player development. By the end of this video, coaches will gain an edge by being able to see, breakdown and teach player development absolutes that are used with the best players from every level.

Phil Beckner is nationally known for his success as a player development coach who works with many top NBA players and future draft picks. Phil spent over 10 years coaching at the highest levels of college basketball. He is most recognized for his developmental success with current NBA All-Star Damian Lillard, his time spent coaching with USA Basketball's Junior National Program, and being one of the most sought after development coaches for NBA players.