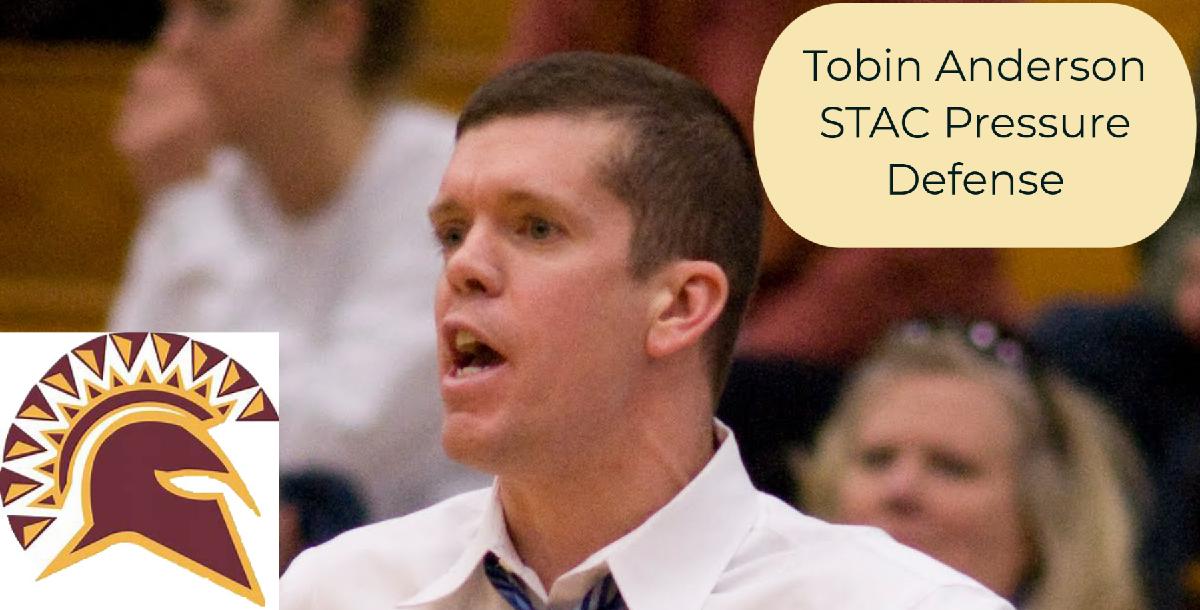 Tobin Anderson is in his 7th year as the head coach of the Spartans.  Anderson holds an impressive 142-50 record (.740) in his six seasons at STAC. Tobin Anderson had been the head coach of St. Thomas Aquinas for 7 years and holds a .740 win percentage (142 wins). Two seasons ago he helped STAC to a 25-7 record and led them to their 4th straight NCAA tourney appearance. Anderson has held coaching jobs since 1996 after graduating college and has gathered years of valuable experience since. His knowledge of player development and offense has bolstered the STAC program in his time there.

Coach Tobin Anderson shares his unique style of press defense he uses with his team at St. Thomas Aquinas College. Coach Anderson shows us how he was able to turn the program at STAC around with his pressure defense and how he was able to adjust to recruit into this style and have all the players to buy in. You Will Learn: Why To Press In Which Game Situations To Press Creating Your Identity As...