Things I`ve Learned Along My Journey 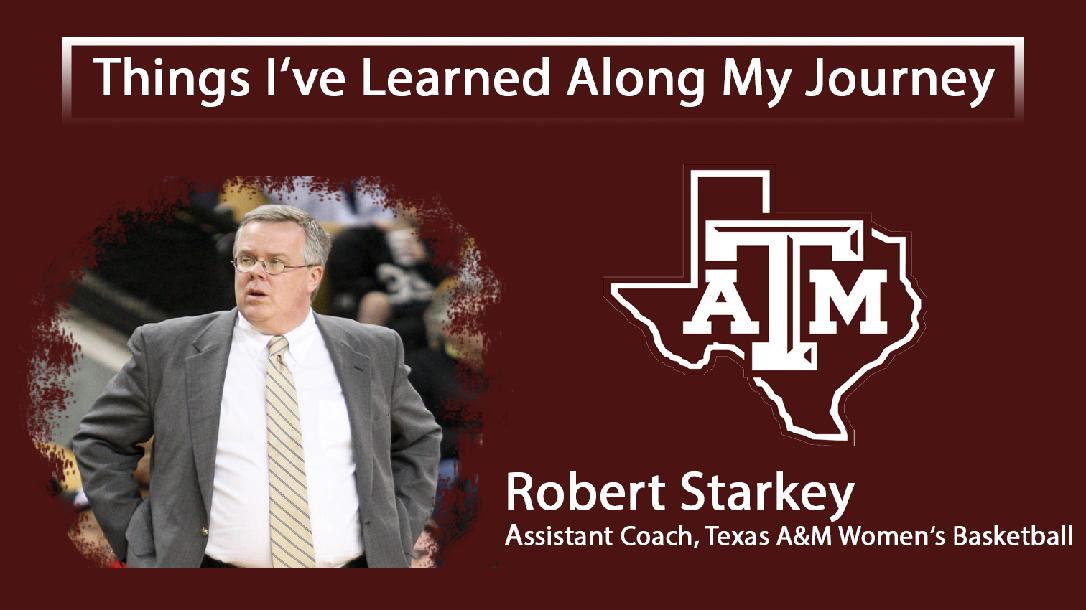 It's safe to say that Coach Starkey has learned a thing or two along his journey which has seen 755 colligate victories while coaching the likes of Shaquille O'Neil and Seimone Augustus. Through this course, Coach will take us through what he's seen on the court, physically and mentally.

Here is the link to Coach Starkey's blog Hoop Thoughts

Coach Bob Starkey, widely considered one of the most impressive minds in all of college basketball, is in his eighth (2019-20) season as an assistant coach at Texas A&M.

Game Preparation - Scouting and How To Transfer To Your Team by Basketball Coaches Clinic
Views: 1452
(1) FREE

You just booked "Things I`ve Learned Along My Journey"