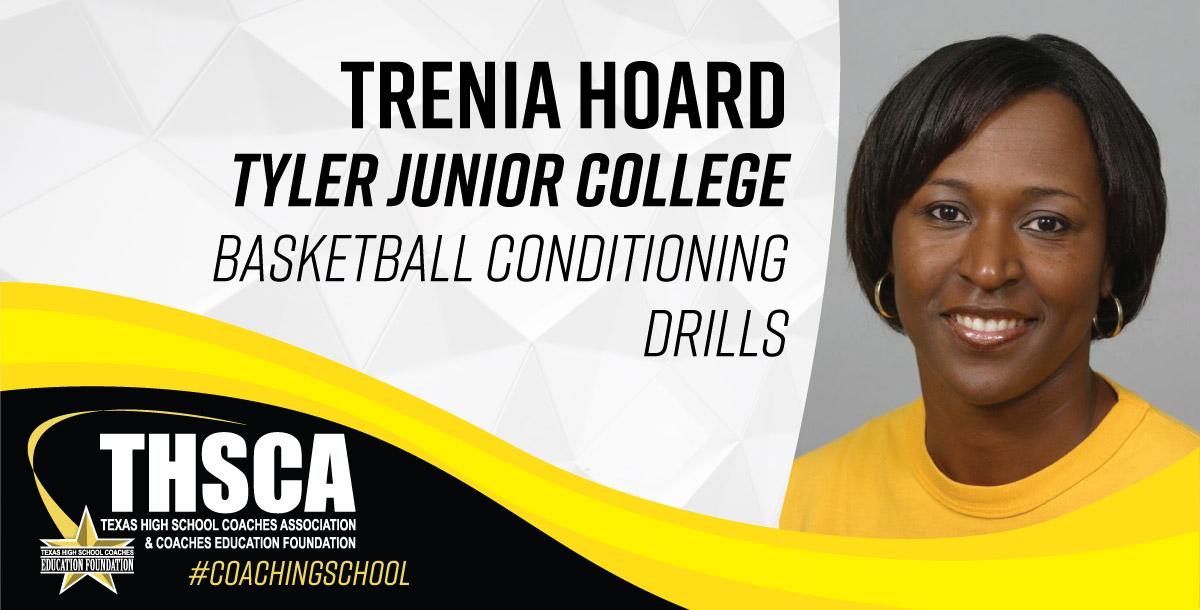 Trenia Tillis Hoard is in her 22nd year at the helm of Tyler Junior College women’s basketball, with a record of 507-208. She has led the Apache Ladies to two conference titles, twenty-two regional tournament appearances, ten national tournament appearances and are 2022 NJCAA National Champions. Trenia is a product of Grapeland High School (TX) where she was named to the All-State team all four years and received All-American honors. Her path to Tyler Junior College included playing college ball at Stephen F. Austin State University, a professional playing career in Barcelona, Spain, assistant coach at the University of Arkansas, and Team Trial floor coach for USA Basketball. While at Stephen F. Austin, Trenia completed a Master of Education in Counseling, and Bachelor of Science in Rehabilitation. In addition to further developing athletic skills of basketball players, Trenia strongly emphasizes classroom success as evidenced in her 94% team graduation rate. Trenia’s coaching philosophy, as well as life philosophy, is “Be better today than yesterday.”