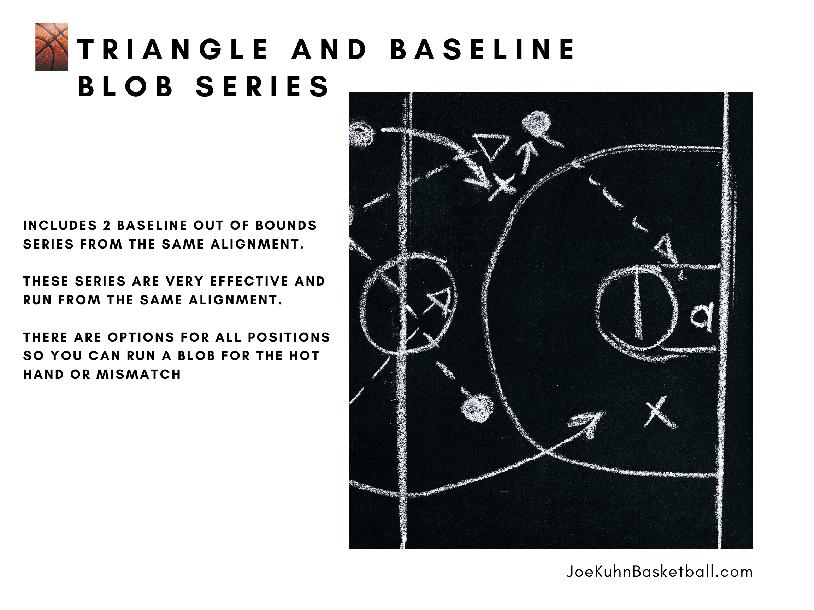 It is CRITICAL to win the BLOB game and to do so you must have effective scoring sets.

In this course, I explain 2 BLOB series that we use and are very highly effective.  In addition to the 10 plays I explain, I include 10 BLOB sets in the PDF of the series to provide additional options.

These series are all very effective and run from the same alignment.

There are options for each position within the series so that you can run something for the hot player or take advantage of a mismatch.

If you are not scoring over a point per possession on your BLOB's, or you are looking to enhance your BLOB game, these BLOB's will be very beneficial.