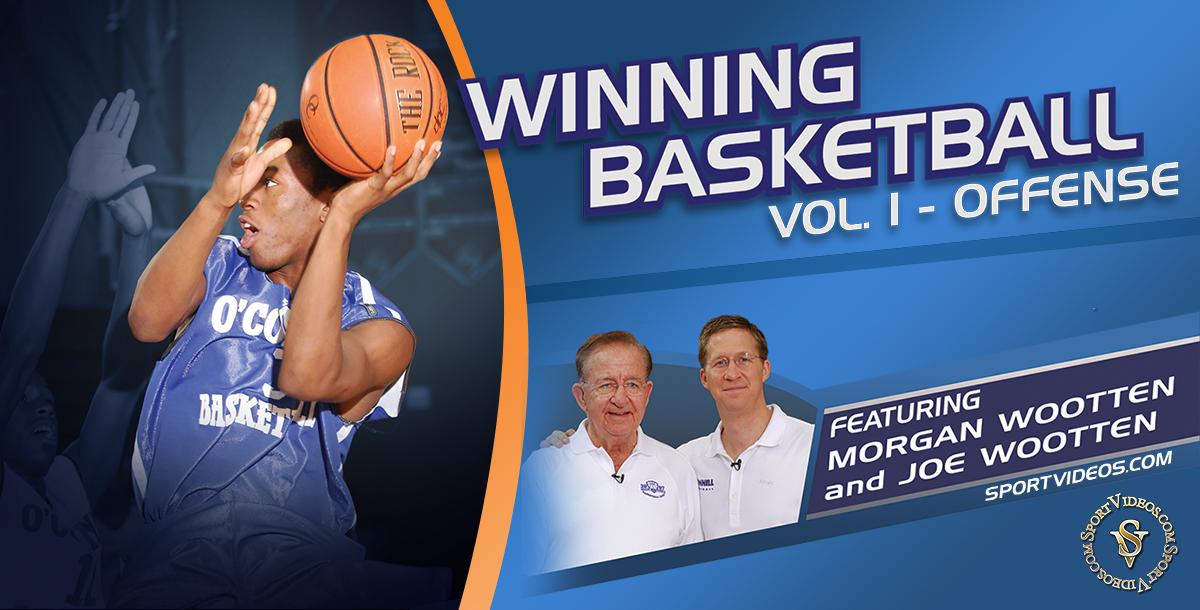 Legendary high school basketball coach Morgan Wootten and his son, coach Joe Wootten know exactly what it takes to win basketball games and championships. In this incredibly comprehensive video, these expert coaches provide viewers with an unprecedented look into their teams potent and unstoppable offensive system. Among the topics covered are: shooting drills, jab series, dribble moves, fastbreak drills and breakdown drills. This video is a must-have resource for coaches at any competitive level. 83 minutes.

Morgan Wootten coached an amazing 1,274 wins during his tenure as Head Basketball Coach at DeMatha High School in Hyattsville, MD. The prestigious Naismith Foundation has named Morgan Wootten the #1 Prep Coach of the 20th Century. On October 13, 2000, he was inducted into the National Basketball Hall of Fame. Joe Wootten is the head coach at Bishop O'Connell High School in Virginia. He has led the Knights to five Virginia State Championships.