An Insiders Guide To Scoring Your Next Coaching Job 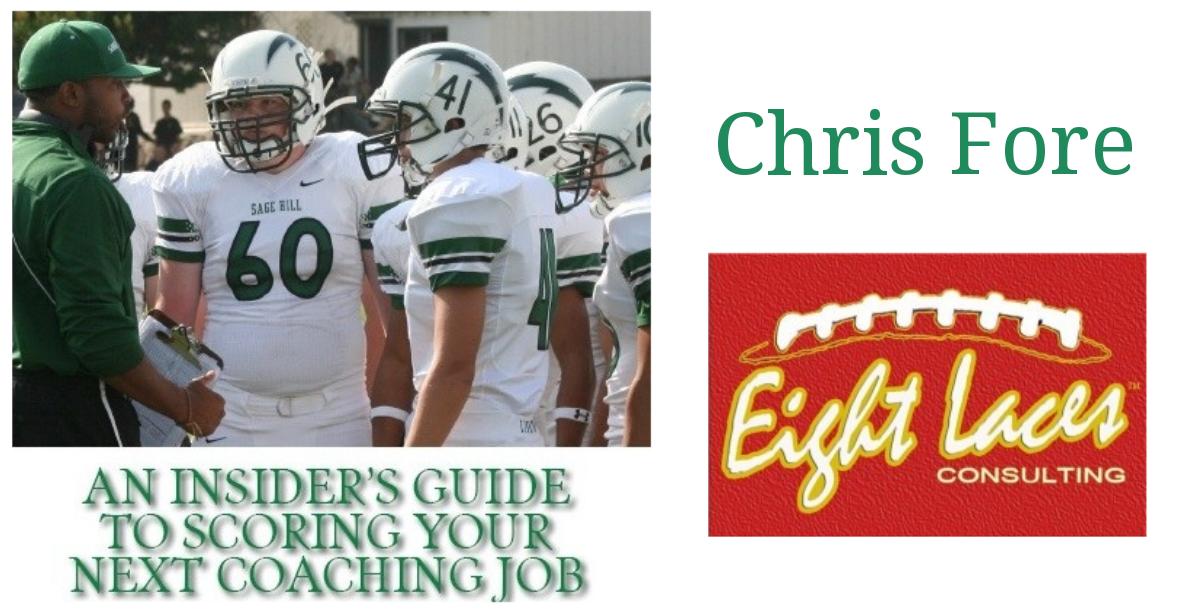 Coach Fore wrote this book to help YOU land that next coaching gig of your dreams. He uses his experience as an Athletic Director and Head Football Coach to weave together a great plan as you pursue the next job in the coaching world.  This book will help coaches in all different sports, not just football. (eBook)

1 Important! 2 An Insiders Guide To Scoring Your Next Coaching Job eBook

Contact Coach Fore by email at chris@eightlaces dot org. Follow him on Twitter @coachfore.
His website = CoachFore.org and EightLaces.org
His podcast is called The Coaches' Locker Podcast. It can be found on I Tunes or at EightLaces.org/podcast.

Coach Fore was selected as the President of the California Coaches Association in June of 2018.

He is a veteran Athletic Director, Football Coach and Teacher from Southern California.
Currently, he teaches Special Education at Sultana High School, and also serves as the Varsity Football Special Teams Coordinator. Fore also serves as an Adjunct Professor in the Department of Kinesiology program at Azusa Pacific University where he teaches Leadership and Administration of Athletic Programs in the graduate program.

Since August of 2016 Fore writes a weekly column called “Coaches Corner” for Max Preps, America’s #1 source for high school sports. Coaches Choice published his first book: Building Championship Caliber Football Programs in 2013, and his second book Shield Punt in 2018. Fore’s third book, An Insider’s Guide To Scoring Your Next Coaching Job, gives readers a blueprint for securing a job in the field of athletics.

Fore has been solicited to write for national magazines such as National Interscholastic Athletic Administrators Association, Coach and Athletic Director, and American Football Coaches Association. He has also been featured in articles on some of football’s best websites: Football Scoop, X and O Labs, Coach XO, My CoachBook and more. Fore has been a guest on High School Football America’s radio show, as well as Fox Sports AM 570 Los Angeles, San Diego’s Mighty 1090, and has also appeared multiple times on FootballCoachingPodcast.com.

Chris married Christine in 2004, and they have three elementary aged children. The Fores reside in Apple Valley, California.

A STEP UP Head Coaches Executive Leadership Academy by A STEP UP
Views: 506
$60