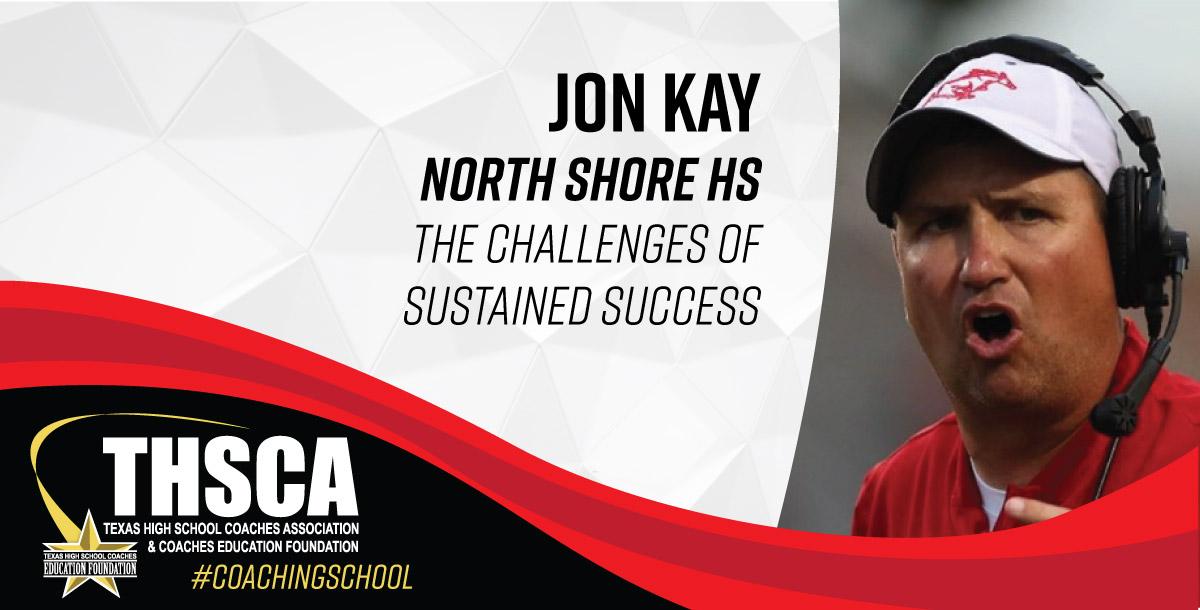 Jon Kay has coached in Galena Park ISD for the last 26 years, 24 of which have been at North Shore Senior High School. He began his journey as a 7th grade coach at Cunningham Middle School in 1996 before moving to North Shore High School as freshman coach in 1998. Coach Kay worked his way through the system as a defensive backs coach, strength and conditioning coordinator, recruiting coordinator, defensive coordinator, assistant head coach, campus athletic coordinator, and was named head coach in March of 2014. North Shore was crowned 6A Division 1 State Champions in 2015, 2018, 2019, & 2021