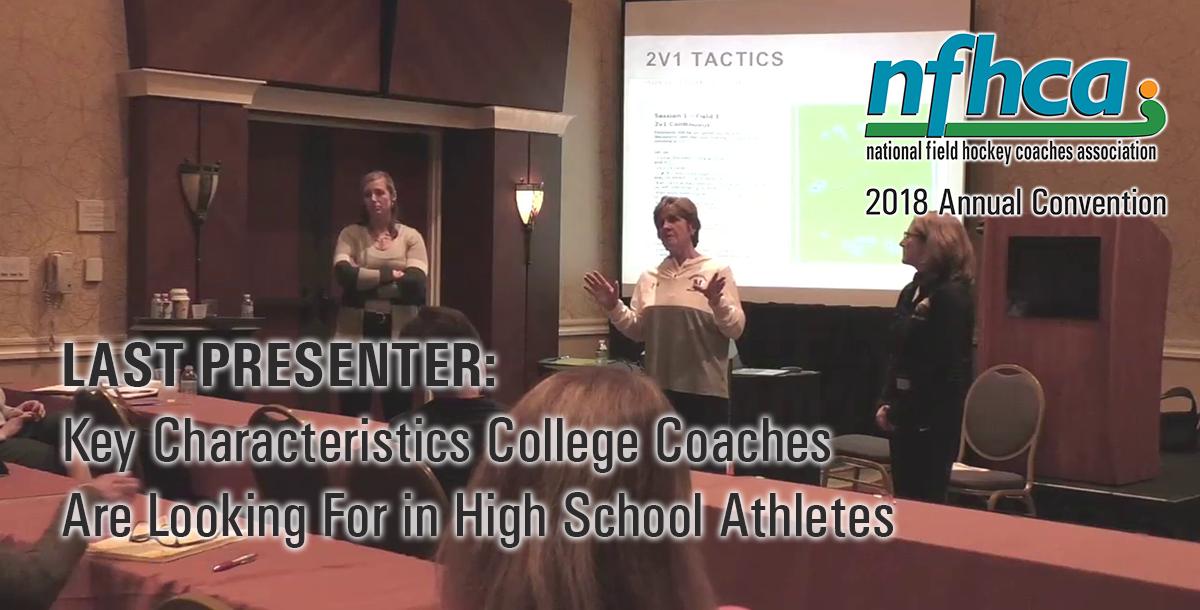 Cheryl, Carla and Julie will share their thoughts regarding these key characteristics. Areas covered will include strength, fitness and conditioning;mental toughness and leadership; core skills; and key tactical strengths.

In her first 29 seasons in Boston, Murtagh gives the Huskies plenty to be proud of, both on and off the field. She's led Northeastern to 10 America East titles and the Huskies first CAA regular season title following the 2014 season, twice stringing together four-consecutive conference championships. Under Murtagh, the Huskies have reached the NCAA Tournament 16 times, including three Final Four appearances. A seven-time Northeast Region Coach of the Year, Murtagh entered the 2017 season with 399 career wins collected over 31 seasons, which is tops of any female coach in NU history and seventh most among active Division-I coaches.

Carla Hesler, who entered her 19th year at the helm of the Saint Michael's field hockey program in 2017, has established herself as one of the most successful coaches ever at the institution. Hesler is the only coach in the history of Saint Michael's Athletics to own the most victories with two different programs, having tallied 159 with field hockey and another 64 with women's lacrosse, previously guiding both programs simultaneously. The 2017 season was her 31st as a college field hockey head coach. Hesler also serves the College as the recreation sports coordinator.

The winningest coach in program history, Julie Ryan entered her 11th season as the head field hockey coach at Babson in 2017. Ryan boasts a .654 winning percentage and has taken the field hockey program to new heights since arriving in Babson Park in 2007. She has led the Green and White to 11 or more victories in nine of her first 10 seasons, and under her guidance the Beavers have gone unbeaten four times in NEWMAC play, won five regular season league titles, and captured two conference tournament championships over the last decade. Her players have earned six All-America awards, 31 all-region honors and 38 all-conference accolades.

29 Resume Mistakes Every Coach Makes and How To Avoid Them by Chris Fore
Views: 8262
$19

Elite Career Networking System: How to Get a Great Coaching Job at the Next Level by Randy Brown
Views: 2091
(5) $149