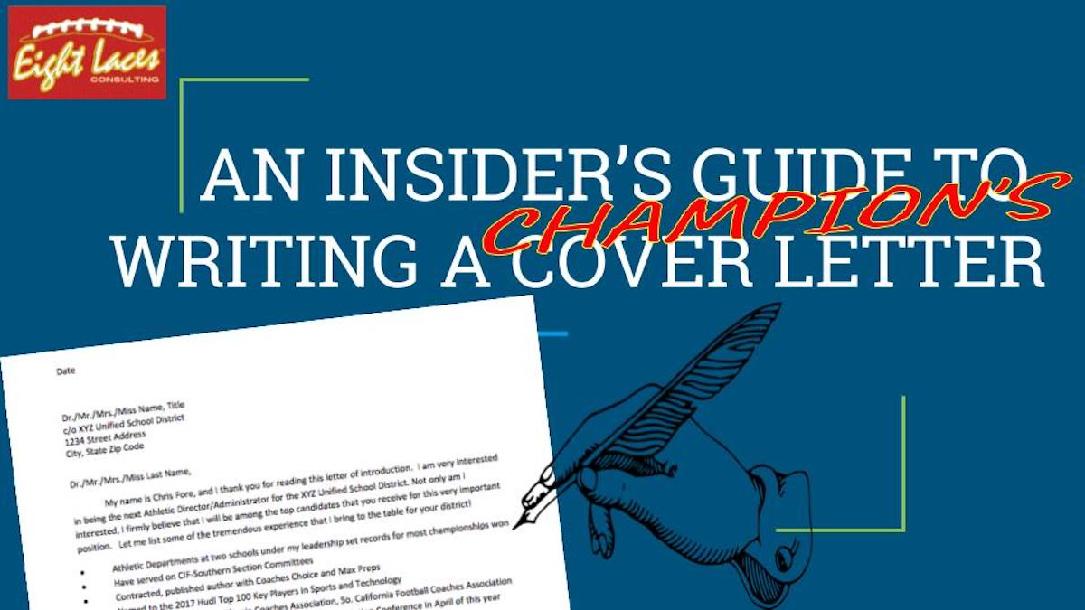 Chris Fore's business, Eight Laces Consulting, is the National Champion of the Job Search Process for Coaches.  And he just might be the only former Athletic Director sharing the tips and tricks of the process, from behind the scenes, to help coaches land the job of their dreams!  He started Eight Laces Consulting in 2011 after realizing that nobody was helping the high school and small college coaches with their job search "know how," things like the cover letter, the resume, etc.

In this course, Fore shares key insights to help coaches attract the readers of their cover letters.  Each letter will be put into a pile.  Get yours into the YES pile by booking this course.  You are sure to learn valuable insights that you've probably never thought of before as it pertains to writing your cover letter.

In many job searches, your cover letter just might be more important than your resume.  Will they even get to your resume if they don't like the cover letter?

Elite Career Networking System: How to Get a Great Coaching Job at the Next Level by Randy Brown
Views: 2038
(5) $149