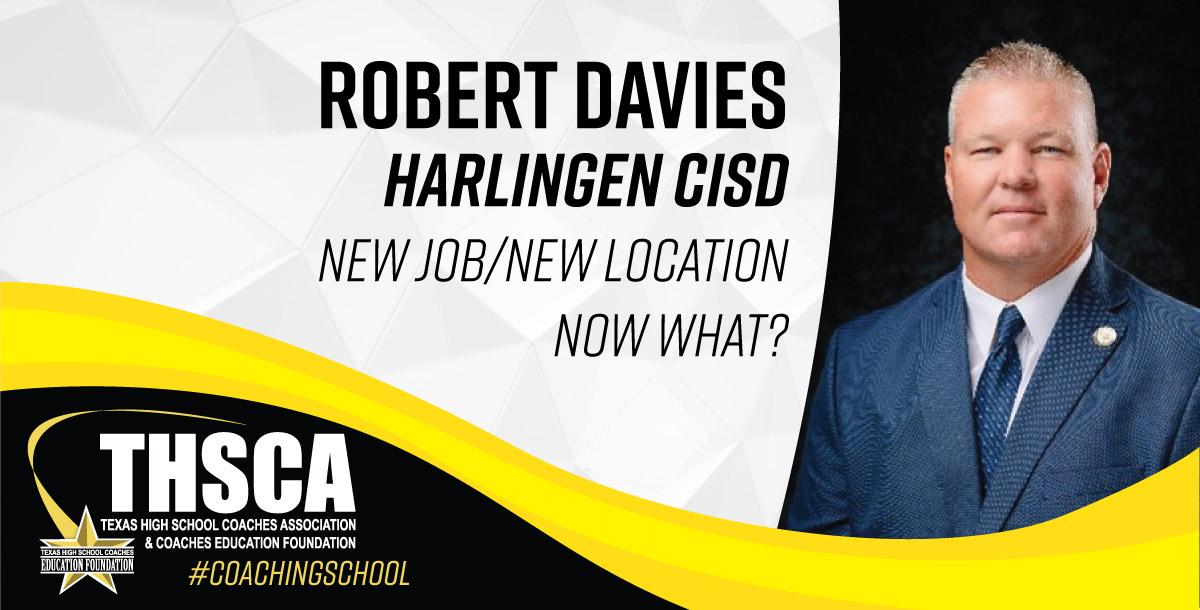 Coach Davies began his coaching career in 1991 at Northeastern Oklahoma A&M College as an assistant football coach.  Additional coaching stops include:  Owasso High School in Owasso Oklahoma where he served as the Defensive Coordinator and Track Coach, South Grand Prairie High School in Grand Prairie, TX serving as the Athletic Coordinator & Head Football Coach, Georgetown East View in Georgetown, TX where he opened the school and served as the Athletic Coordinator and Head Football Coach, and his current position as The Director of Athletics for Harlingen CISD in Harlingen, TX.