Shannon Rideout - Fort Bend ISD - Serving with a WE Mindset 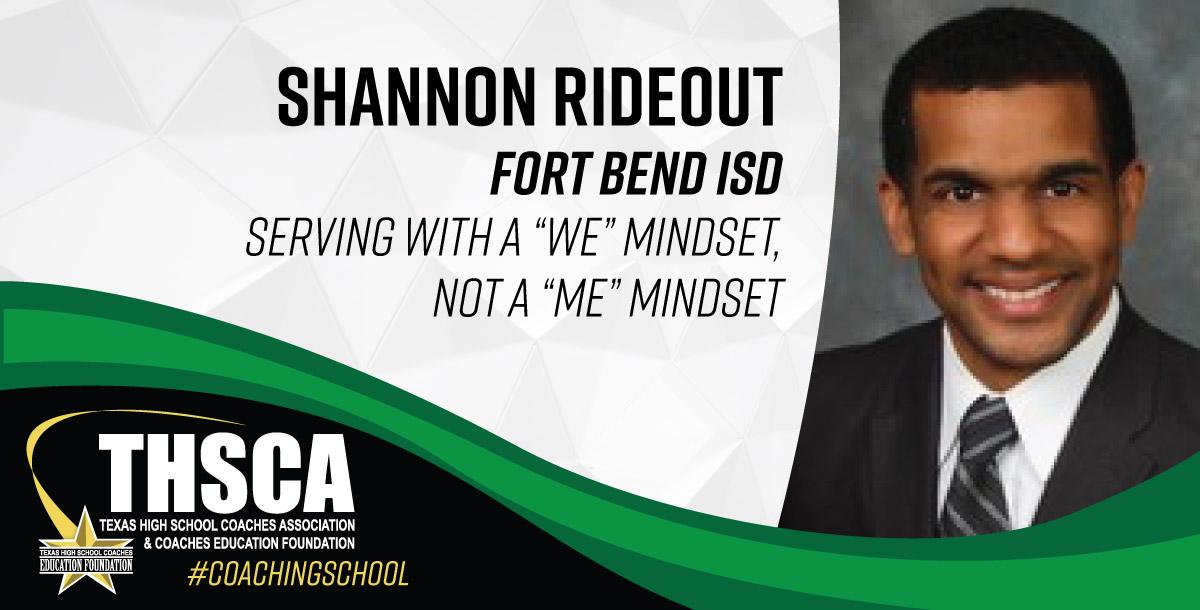 Lecture Title: Serving with a “WE” Mindset not a “ME” Mindset

Lecture Title: Serving with a “WE” Mindset not a “ME” Mindset

Shannon Rideout currently serves as an Assistant Athletic Director with Fort Bend Independent School District. Prior to working in administration, Shannon worked with Fort Bend I.S.D. for ten years. During that time, he served as the Head Coach for Boys Track & Field at Bush High School for eight seasons. This is his twentieth year in education. He has served in various administrative roles during those years, which includes serving as the Area Athletic Coordinator for Austin I.S.D. Before working in education, Shannon worked in the broadcasting industry as a television sports reporter and sports producer. He and his wife, Latrice Rideout have been married for 23 years.