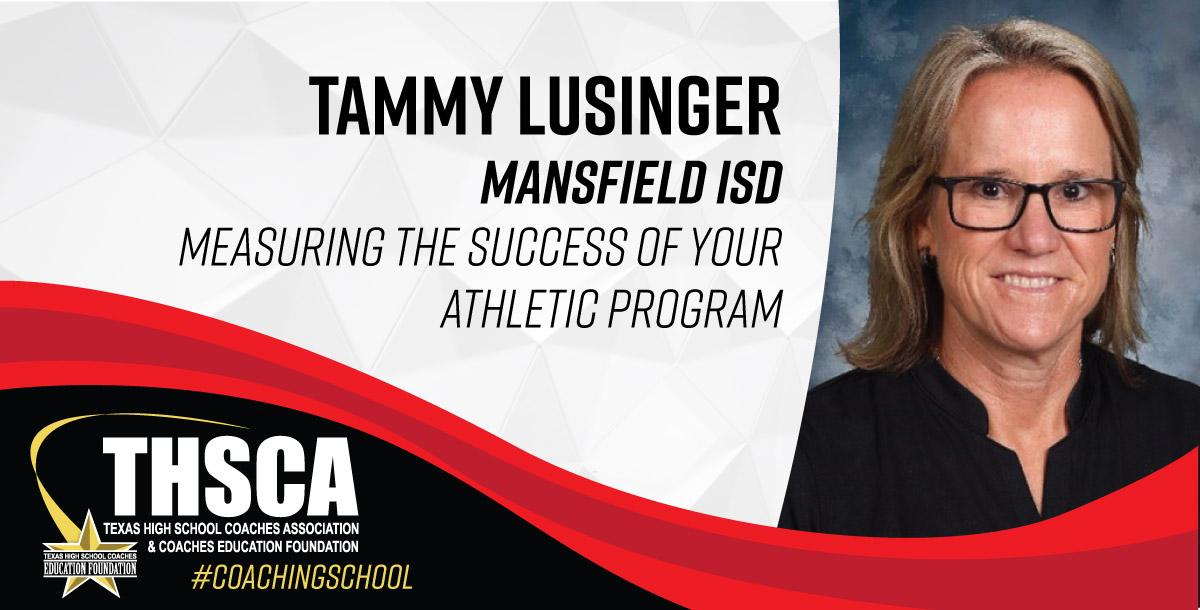 Lecture Title: Measuring the Success of your Athletic Program

Lecture Title: Measuring the Success of your Athletic Program

Tammy earned her Bachelor of Arts at Schreiner University where she also competed on the basketball and tennis teams. After graduating from Schreiner, she was a Graduate Assistant in the Kinesiology Department at Texas A&M University while earning a Master of Science in Kinesiology.  In 2012, Coach Lusinger earned a Master of Education in Administration at Lamar University.  She holds lifetime State Board of Educator certifications in Mathematics, Physical Education, and Health Education.