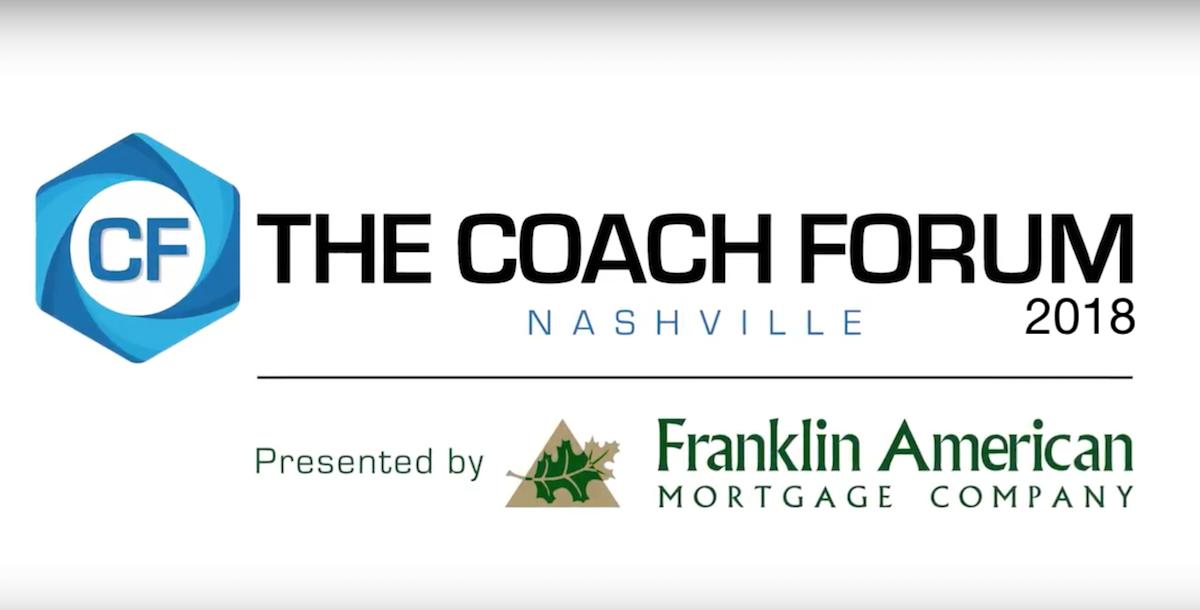 The Coaching Forum 2018 Conference in Nashville, TN brings you sports insights from the top coaches in their respective sports. Learn how to become a better coach from the best in this compilation of speakers.

Blair Rummel, High School Soccer and Track Coach
Blair Rummel will be starting her third season as the head girls’ soccer coach, assistant girls’ track coach, and assistant strength coach at Prior Lake High School in Savage, MN.  She has been teaching health and physical education for 5 years, is the health and P.E. department chair, and has her master’s degree in educational leadership.

Cuonzo Martin, University of Missouri Men’s Basketball Coach
Cuonzo is currently in his first season as head men’s basketball coach at Missouri. He coached previously at The University of Tennessee and Cal. Prior to coaching, he played collegiate basketball for Purdue and four years professionally.

Emily Klueh, Athletic Counselor at University of Michigan
Emily is a clinical athletic counselor for the U-M athletic department’s Performance Psychology Center. As an athlete, Emily won an NCAA championship for the Wolverines and was named Big-Ten Swimmer of the year.

Inky Johnson, Inspirationalist
A nationally recognized speaker, Inky inspires audiences to embrace life’s challenges. He played football for the University of Tennessee before his career was cut short by paralysis in his arm.

Janine Tucker, Johns Hopkins Lacrosse Coach
In her 24 seasons as head women’s lacrosse coach, Janine is the all-time winningest coach at Johns Hopkins. She is a five-time IWLCA Regional Coach of the Year and author of six books.

RA Dickey, Major League Baseball Player
R.A. is a NL Cy-Young Award Winner (2012) and pitcher for the Atlanta Braves. He is the author of the New York Times Best Seller Wherever I Wind Up: My Quest for Truth, Authenticity, and the Perfect Knuckleball.

Getting Up Off the Bathroom Floor – Greg Sankey by Krissie Self
Views: 372
FREE