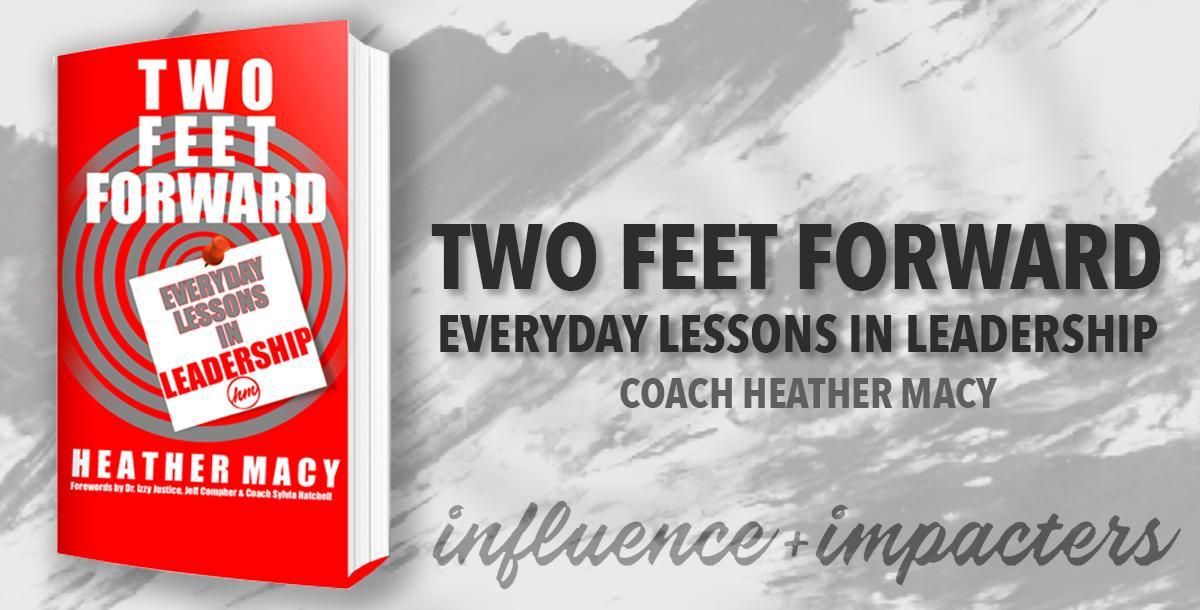 This book provides you with a pep talk and a short story within each chapter. It is meant to inspire and prepare you for and during life’s challenges. The goal of this book is to enable you to finish this fun, simple, and short read on your next plane ride or beach trip. The hope of the author is that you can take the ideas and inspiration with you throughout each day. It was written with love and with the intent to inspire you to live a full and happy life of influence and impact.

At the age of 26, Heather Macy became a head collegiate basketball coach. She has been named Coach of the Year five times within four different conferences. Most recently, Coach Macy became the winningest coach in the history of East Carolina Women's Basketball. Heather received the honor of being inducted into the Hall of Fame at both her high school and college. In 2017, she became one of the few coaches in the country that is EQ Certified.

"Two Feet Forward: Everday Lessons in Leadership," was the #1 release in basketball coaching on Amazon.