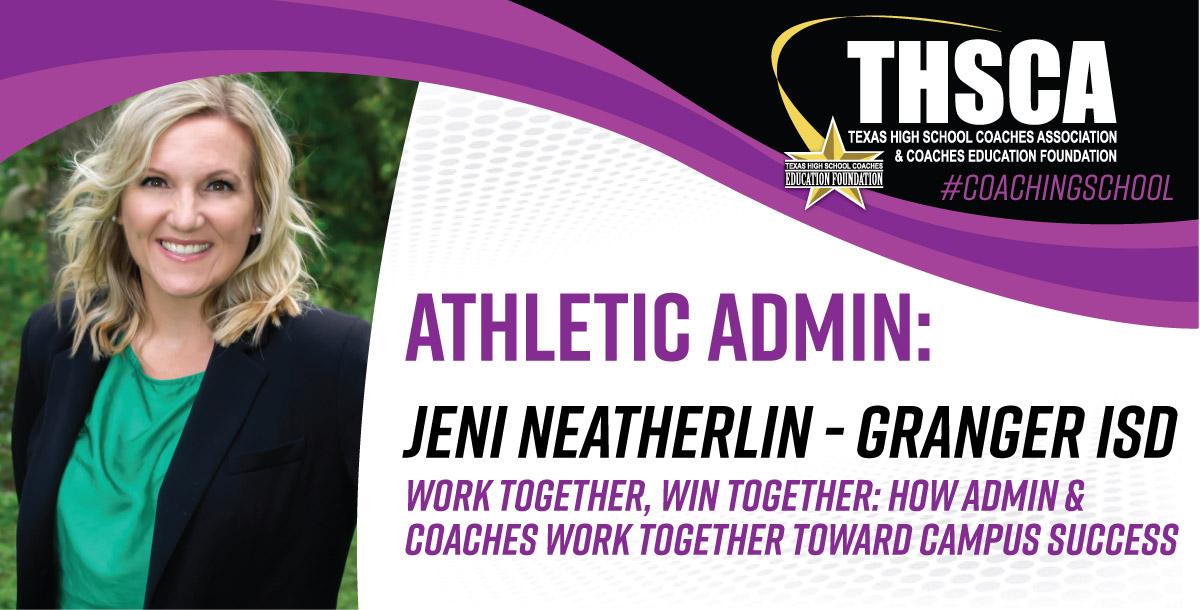 Jeni Neatherlin is in her 20th year in education. She is currently the Superintendent of Granger ISD. Previously she served as the Chief Operations Officer of Salado, was the High School Principal of Llano High School, Junior High Principal at Abell Junior High, and Associate Principal at Midland Lee. Before going into administration, she was a Head Softball Coach at the 4 and 5A level. Jeni completed her undergrad at Angelo State University and master’s from Lamar University. As a former coach turned administrator, Jeni has worked at both big and small schools, and she has a true passion for coordinating the efforts between Athletics and Academics. As a leader of a 3-time U.S. News and World Report, Best High School, Neatherlin has hired Athletic Directors that turned around their programs leading to multiple district championships, playoff appearances, and a football State Semi Finals appearance for Llano, the first in program history. During her career, Ms. Neatherlin has been recognized throughout the state and nationally as an exceptional educational leader.

Changing Lives Starts Here: How to Build a Foundation of Character at the Junior High Level by Stephen Mackey and Clint Rultedge (UIL CCP #105-C) by THSCA
Views: 2676
(6) $15