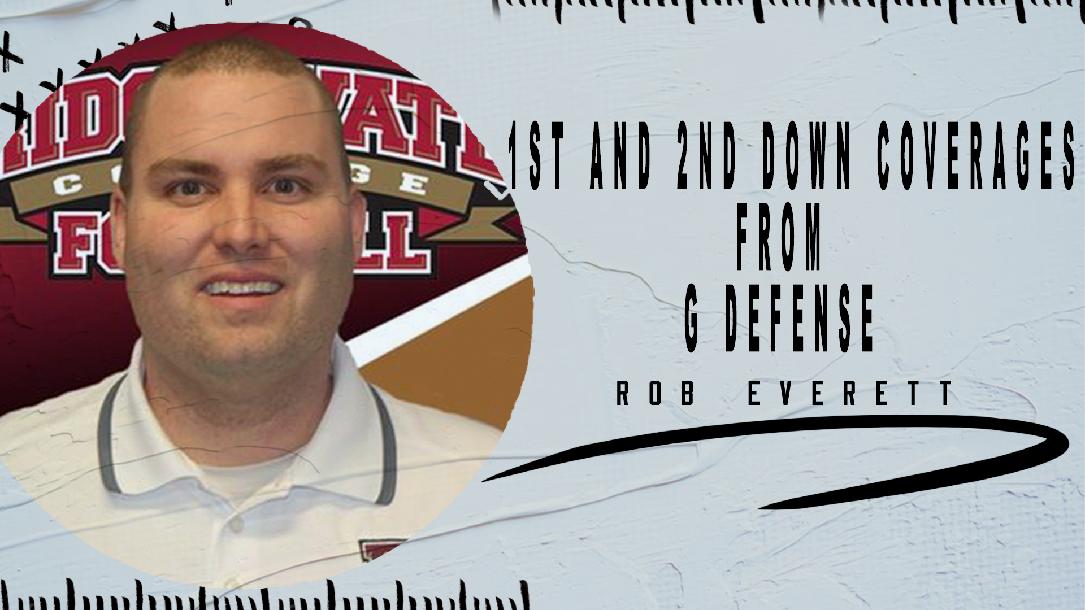 Coach Rob Everett previously served as the defensive coordinator at Bridgewater College and for the Memphis Express, a professional franchise in the Alliance of American Football.

Before his stint at Bridgewater College, Coach Everett worked as the defensive coordinator at Westfield High School. In five seasons at Westfield, his teams compiled a combined mark of 61-8 and went 15-4 in state playoff games. Westfield won the 6A State championship in 2015 as well.

Everett has been a coach advisor for HigherEchelon Inc., which developed the GoArmy Edge Football App, and other companies including Automated Sports Analytics and GameSense Sports. He was also a technical advisor and beta tester for HUDL, and a contributor to the xandoslabs.com coaches resource.