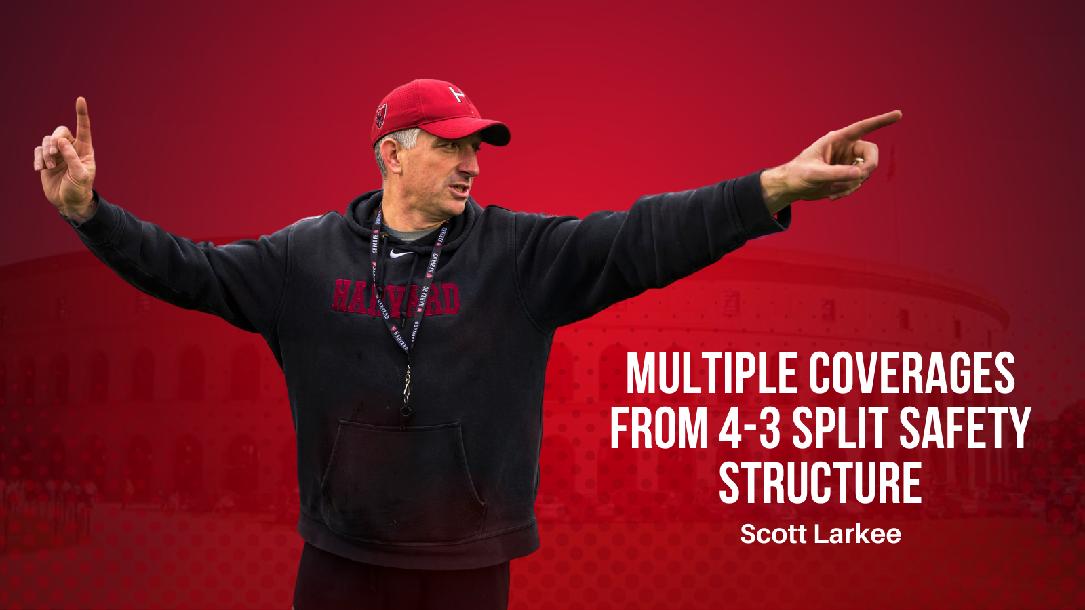 In this course, Coach Scott Larkee talks about using multiple coverages from a 4-3 split safety structure. The coach gives a depth breakdown of quarters, as well as man, zone pressures, and 3x1.

Simply click the ‘Book This Course’ button at the top right of this page, place your order, and you’ll immediately be logged into the training with full access. Learn how Coach Larkee uses multiple coverages from a 4-3 split safety structure today!

Former All-Ivy League linebacker Scott Larkee, the Gridiron Club of Boston's 2012 Assistant Coach of the Year, is in his 13th season as defensive coordinator at Harvard in 2021, and his 15th total season across two stints as an assistant coach at his alma mater. During the 2019 season, Brogan McPartland led the Ivy League with 9.5 sacks and 12 members of the team were tabbed to the All-Ivy League team, including seven members of the defensive unit. McPartland was also named to the CoSIDA Academic All-America team.

The 2017 season saw four of Harvard's six All-Ivy selections come from the defensive side of the ball. The Crimson was second in the Ivy League in interceptions with 12, returning two for touchdowns, and ranked third in sacks with 26. In 2016, the defense helped the Crimson to a 7-3 record, ranking No. 15 in the country with 21.0 points allowed per game. Harvard also sat seventh in the country in rushing defense, allowing just 98.3 yards per game. Six defensive players were named to an All-Ivy League team.