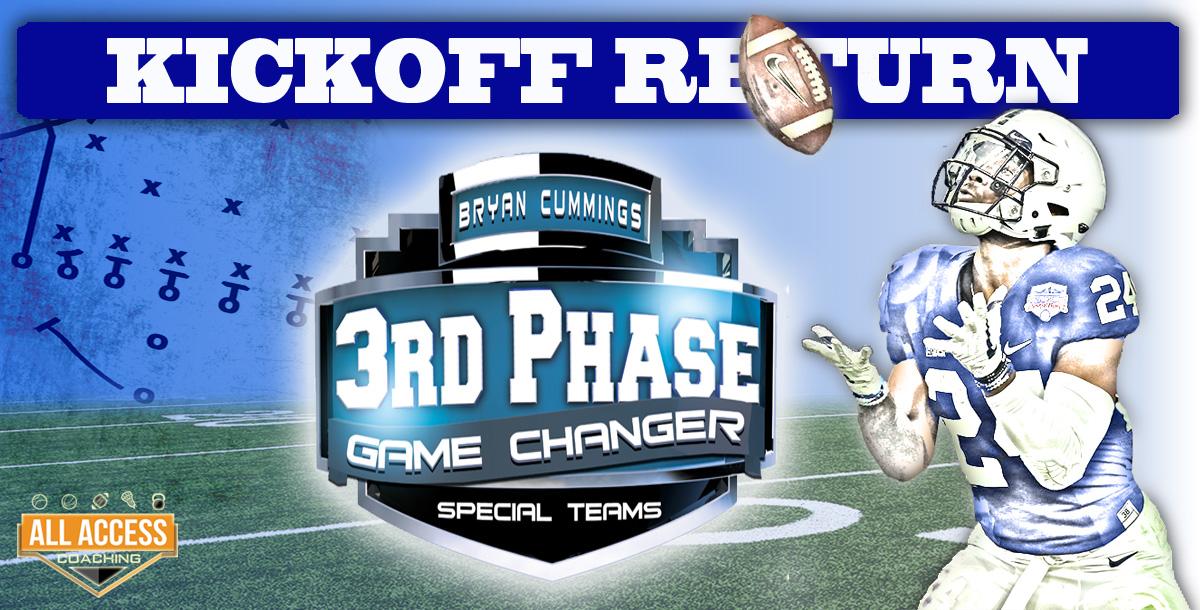 The COMPLETE KICKOFF RETURN system from a college coach.

Entire course is OVER 2 HOURS long !!!

Over 25 minutes of practice drill video from college practices with Coach Cummings commentary.

Every position broken down in great detail.

In three seasons at Northern Colorado, Coach Cummings special teams was one of the best in the FCS, leading the country in Punt Return Average. In those 3 seasons, ZERO points were allowed by any of his special teams units. The Net Punt Average improved from #118 to #36 after three seasons under Coach Cummings tutelage. He coached two All-American returners and a Big Sky Conference Special Teams Player of the Year.
At Alabama A&M, Cummings improved the Net Punt Average 85 spots, taking it from #100 in 2013 to #15 in 2014. His special teams finished 13th in the FCS in Punt Return and accumulated two ST touchdowns.
Cummings also has experience at the high school level, serving as an assistant coach at New Bern High School in New Bern, N.C.