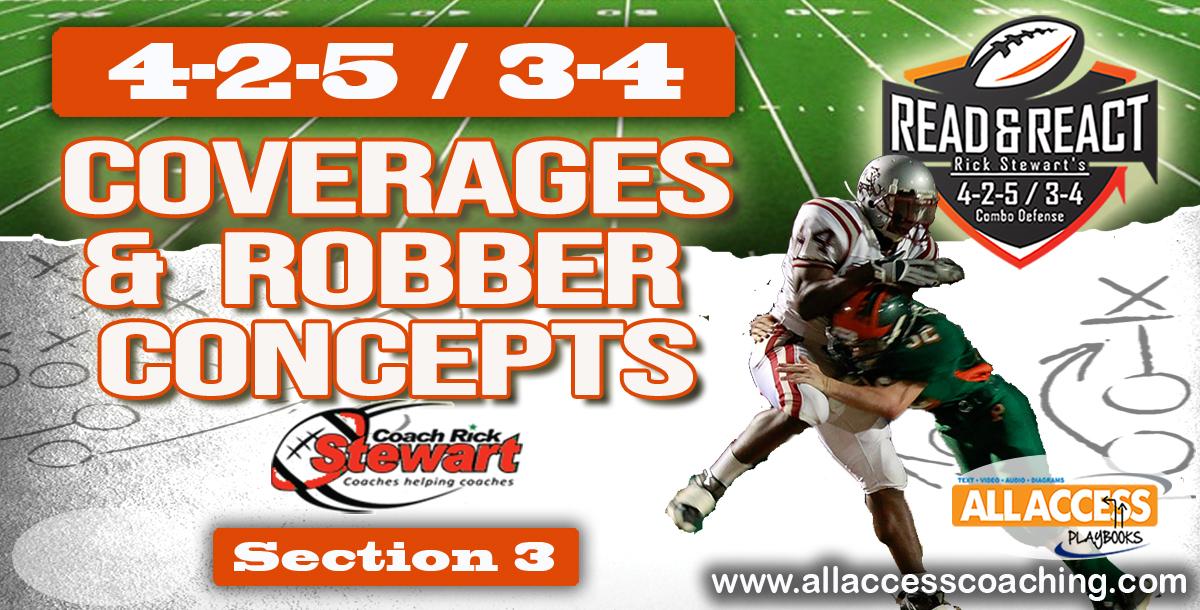 This is SECTION 3 of the Complete, 300-page playbook

Do Your Defenders "Spot Drop" and Just Guard Grass?    Then you need to pattern read and have your defenders drop based on the receivers routes.

Learn the "Mix-It" or "Palms" COVER 2.  It is the hybrid between Traditional Cover 2 and Quarters Cover 4.  THE BEST OF BOTH WORLDS!

Violent re-routes of the #2 receiver.

1 Table of Contents 2 Overview of Entire READ & REACT 425 Playbook 3 Ch 1: Philosophy of 425 and the Read React Defense 4 Ch 6: Robber Rules for Safety, Corner, and Backers 5 Ch 7: Overview of Coverages and Cover 3 Explained 6 Ch 7: Quarters Cover 4 and Mix-It Cover 2 7 Ch 8: Defending Trips 8 Apply the price of this manual towards the purchase of the entire playbook