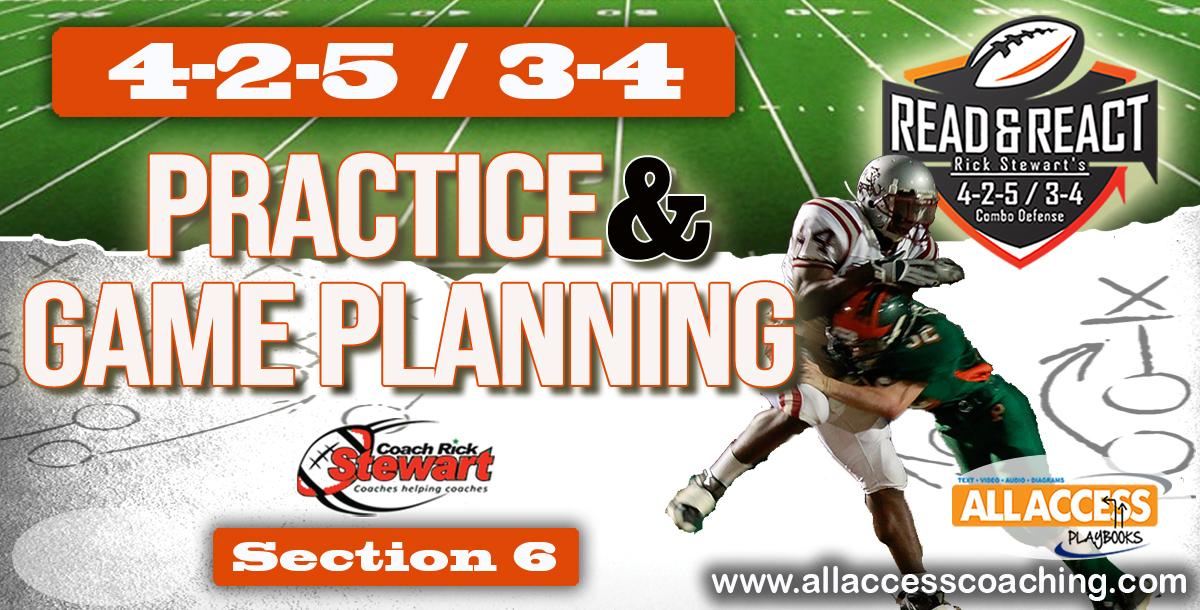 This is SECTION 6 of the Complete, 300-page playbook

DISCLAIMER: This is not a downloadable product.  To order a printed, bound hard copy playbook, please visit www.allaccesscoaching.com

--> Detailes the Six Phases of Creating an Effective Game Plan

--> Do You Have Your Opponents Scouted in the Spring?  What Are You Doing to Raise Your Players IQ ???

--> What Reports are You Generating in HUDL?  Stewart shows you his custom reports and the Scouting Report Given to the Players

--> takes you up through “Saturday to Friday” game week preparations.

--> Teach the Six Phases of Tackling in T-Shirts & Shorts.  Teaching Tackling does not start when the pads are on.

--> Funnel Drill is the old Oklahoma Drill on Steroids

--> What is Your Practice Philosophy and Expectations?

--> Do Your Coaches Have Specific Roles before, during, and after practice?  Or do they stand next to each other during team, eating seeds?

--> Learn 5 Different Practice Tempos, "Double Whistle" and "Run-Pass Rapid Fire" Team Drill.  Stewart's teams can rep as many as 30 plays in a 10-min period during team.

--> Can Your Team Line Up to 15 Formations in FIVE minutes?  You can with "Shotgun Alignment" period