9-time State Champion, Rick Jones | How to Build a Program and get Community Involvement 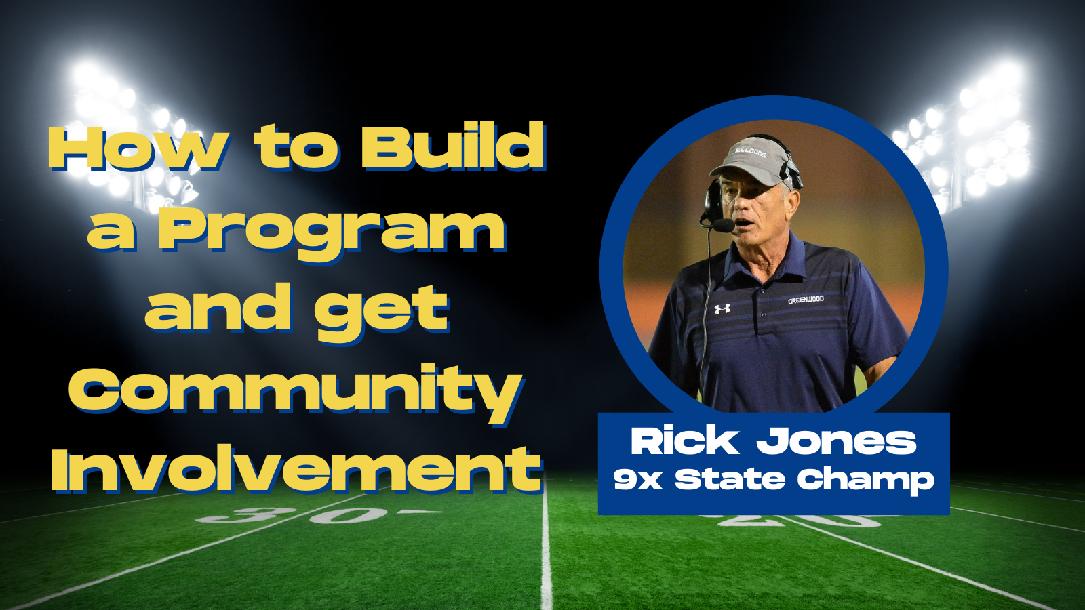 Coach Jones has been a great friend of mine for many years.  Our teams have played in 3 playoff games and a state championship (Overall we are 2-2 but they won state champ game 56-55! )  I invited him down to Little Rock to record a video series on the way he has developed his program in Greenwood, Arkansas. In this course, he will discuss how important he feels Community Involvement plays in building a Championship program as well as how to deal with Parents, Coaches, Teachers, and Administrators. Coach Jones also will discuss activities and programs he implements in order to integrate different groups of people throughout his Football Program.

You just booked "9-time State Champion, Rick Jones | How to Build a Program and get Community Involvement"