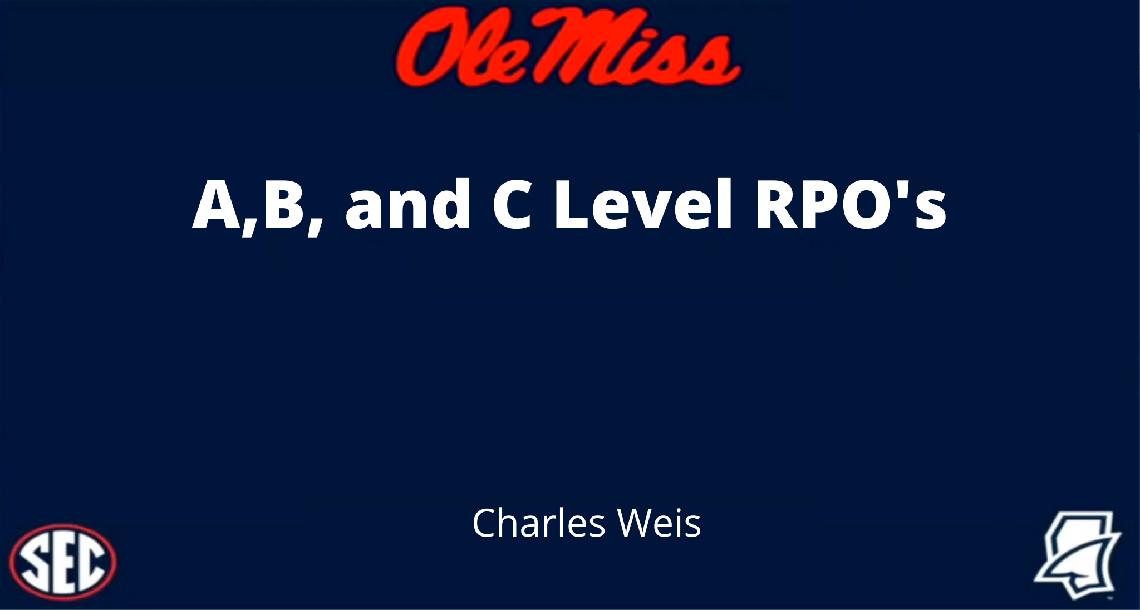 In this course, Coach Charles Weis discusses the various levels of RPOs. Coach dissects each level of RPO and its different looks. He covers everything from Y flats, motion, hitches, slants, glances, and much more! Weis provides game film footage to help demonstrate each segment.

Simply click the ‘Book This Course’ button at the top right of this page, place your order, and you’ll immediately be logged into the training with full access. Take a look into how Coach Weis uncovers A, B, and C level RPO today!

Weis worked on his father's coaching staff at Notre Dame as a kid, holding up cards that described the opposing team's offensive personnel on the field. He began coaching at the age of 18, working as an offensive quality control coach at Florida under his father, who was then the offensive coordinator. After his father was named the head coach at the University of Kansas, Weis Jr. joined the staff as an undergraduate team manager. He earned his Bachelor of Science degree in Psychology from Kansas in 2015 during his time there. After a stint as a volunteer training camp intern with the New England Patriots in 2014, Weis Jr. joined the coaching staff at Alabama as an offensive analyst in 2015. After Alabama offensive coordinator Lane Kiffin left to accept the head coaching position at Florida Atlantic, Weis Jr. joined his staff as the tight ends coach. His stint at this position was very brief, as he left to join the Atlanta Falcons coaching staff as an offensive assistant under Steve Sarkisian, Kiffin's brief successor as offensive coordinator at Alabama.