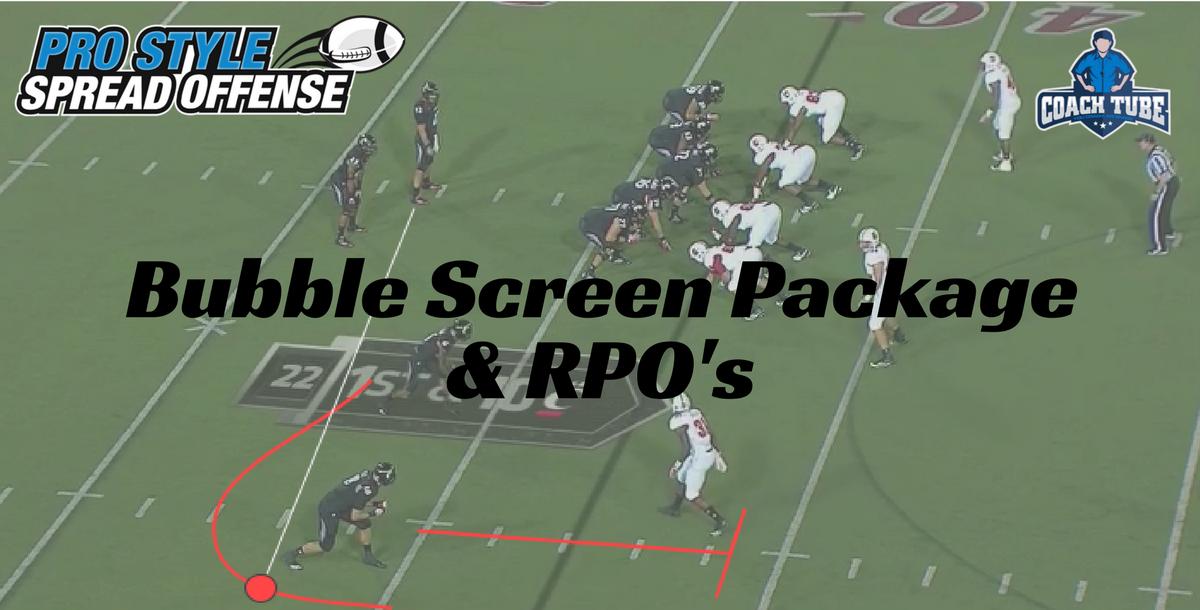 Every coach this offseason is studying hard to figure out how to make RPO's work to score them more points.

And the one essential element is not just the RPO, it's the screen game.

If you can't run an effective screen, it doesn't matter who you're reading in your RPO.

Included is complete whiteboard breakdowns of both the offense and defense.

Get Linebackers in a bind between playing soft against the run/pass or guessing wrong and getting burned.

MAKE THEM PAY when you see defenders cheating on screens they think are going to be run.

Add to your offense a Bubble Screen Package that will make defenses respect formations and get skill players in space making plays.

Installation includes simple counters and constraints like Bubble Go and Bubble Slant that will give you opportunities to make big plays and score points when it counts.

Three Steps to BIG Plays with the Bubble Screen Package:

1. Run the Bubble Screen successfully when you have a numbers advantage to top athletes. (RPO, Audible, or Called)

2. Run Bubble Slant when Linebackers cheat or against certain defensive alignments and coverages.

3. Run Bubble Go when Secondary cheats or against certain coverages or favorable matchups.

Any one of these three steps could result in a big play or score.

In this course you will find out what situations to call and throw the Bubble Screen so that it actually works like an extended run play.

You will also learn the essential perimeter blocking technique that is proven to teach even all players how to be efficient and LEGAL perimeter blockers.

Check out Jason's appearances on the Winning Youth Coaching podcast as well as The Sports Parenting Podcast.

Want to grab a free offensive playbook? Go here to get a downloadable .pdf

Great course. Very comprehensive and detailed with varied backgrounds/scenery and explanations. Good for the easily distracted haha. He even discusses how to install it step-by-step with your team. Lots of videos and materials in the course.