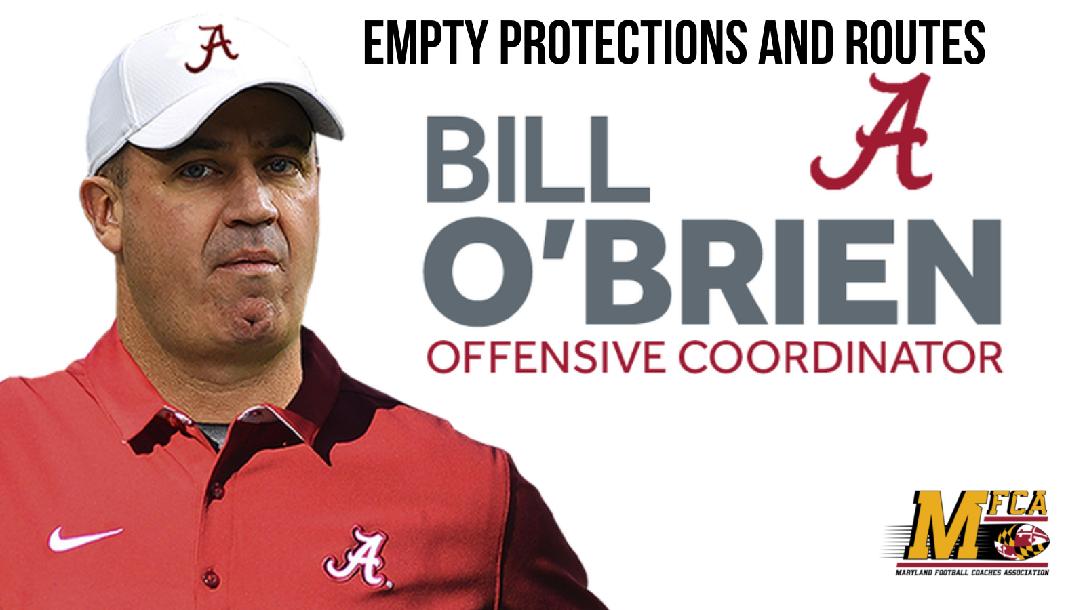 Coach Bill O'Brien details his empty protections and routes which he uses to attack defenses along with variations.

Bill O'Brien joined head coach Nick Saban's staff in January of 2021 to serve as the offensive coordinator and quarterbacks coach after six-plus years as the head coach of the NFL's Houston Texans. O'Brien inherits an Alabama offense that will have to replace Heisman Trophy winner DeVonta Smith, record-setting quarterback Mac Jones and Doak Walker Award winning running back Najee Harris along with two unanimous All-American offensive linemen. John Metchie III returns to anchor the receiver room while Emil Ekiyor Jr. and Evan Neal return on the offensive line to help open holes for running back Brian Robinson Jr. In addition to his role as head coach, O'Brien was also the Texans general manager for one season (2020) and compiled a 52-48 (.520) record with four AFC South titles, four playoff appearances and two appearances in the AFC Divisional Round. Houston was one of just three teams in the NFL to win four division titles from 2015-2019 (Kansas City and New England), and its 21 wins over the 2018 and 2019 seasons were the second-most in a two-year span in franchise history (22 wins from 2011-12).