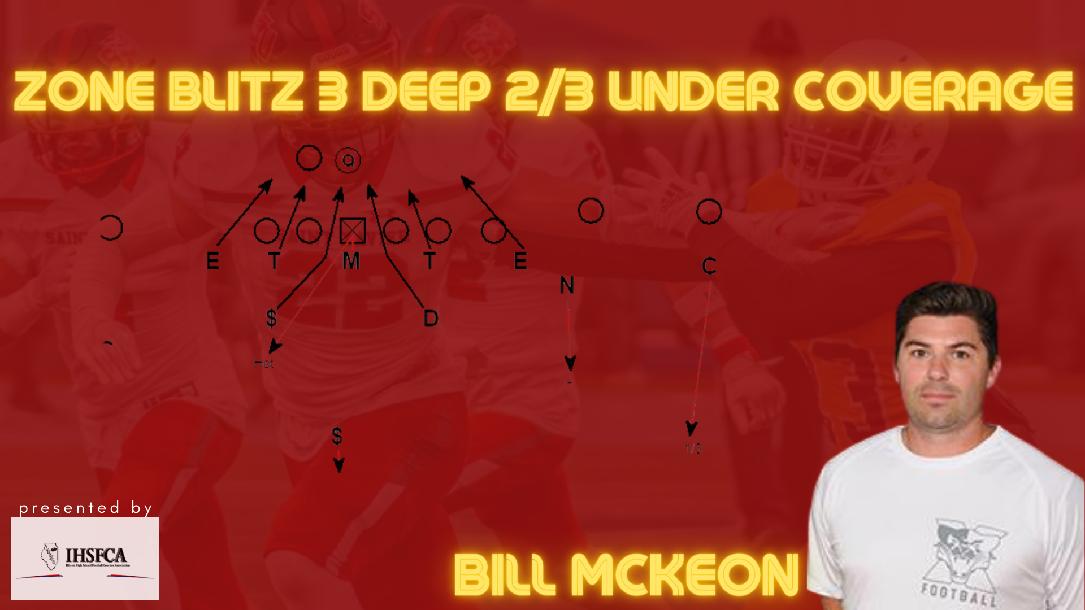 Zone blitz 3 Deep 2/3 Coverage is the perfect combination and pressure and cover. Corners and safeties protect the deep thirds while you rush your edge and linemen.

Simply click the ‘Book This Course’ button at the top right of this page, place your order, and you’ll immediately be logged into the training with full access. Take Coach Bill McKeon's tips on a 3 deep zone blitz and try it out today!

McKeon became the Cougars’ defensive coordinator in April 2016 and brings a wealth of experience both from a standout playing career at Saint Xavier as well as assistant coaching stints at SXU and neighboring Brother Rice High School over the last six years. He was also a part-time assistant coach for the team that won the University’s first national championship in 2011.

McKeon was a wide receiver and return specialist for the Cougars from 2006-09. During his playing career, SXU boasted the program’s first perfect regular season slate (11-0) in 2009 and made three NAIA Football Championship Series appearances, including two trips to the national semifinals in 2006 and 2009. McKeon was named a College Fanz NAIA First Team All-American in 2009 and an honorable mention All-American in 2008.