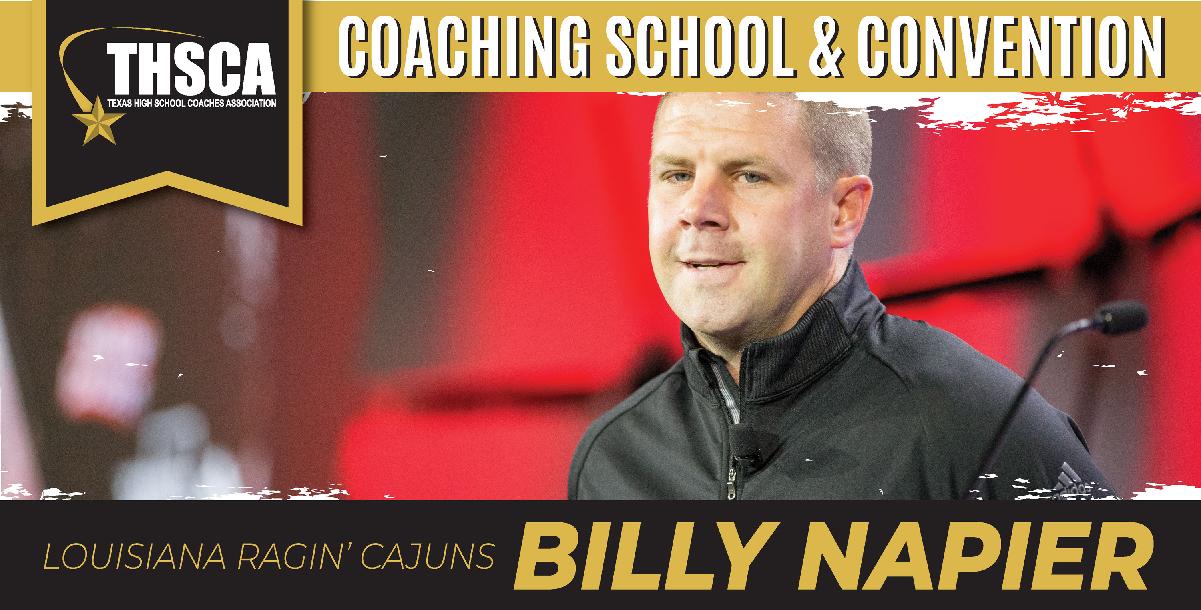 Packed Full of everything a coach needs, from teaching players to use a common laguage for defensive ID, to off season lesson plans for improving player football IQ, to Ignition Reels for examples of elite performance, Coach Napier shares the details that build their foundation for offensive success.  He goes on to give the detials of how they approach Offensive Concepts & Planning for the staff.  This is a must watch for coaches.

Billy Napier is the Head Coach for the Florida Gators.

Coach Billy Napier was the Head Coach for the Lousians Rajin' Cajuns. Napier is widely respected in the coaching profession as one of the most talented recruiters in college football and has served as a wide receivers coach at Alabama (2013-17), the assistant head coach/quarterbacks coach at Colorado State (2012) and was the offensive coordinator/quarterbacks coach at Clemson (2009-10).

In his career, Napier has been instrumental in two National Championships at Alabama in 2011 and 2015 and has coached in 11 bowl games.

The course is a clinic talk. It touches on quite a few topics, but never goes into the nitty gritty details of anything. Therefore, the course might spark some ideas, but that is the value that it holds.