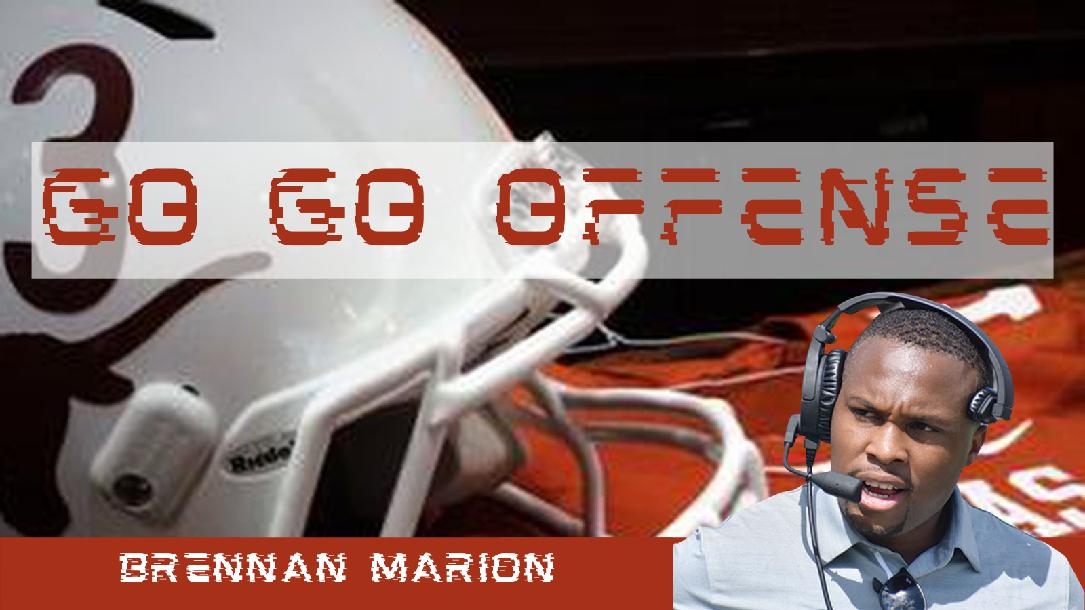 What is the Go-Go Offense?

The Go-Go Offense is an uptempo, no huddle, downhill run game offense that takes advantage of the full field and match-ups.

Two running backs next to the quarterback on the right, three receivers out wide. Brennan Marion says, “you can run every run play that’s ever been created in football.” Incorporate in some unbalanced formations and a dash of tempo, and you’ll have the defense on their toes. Statistics have shown great improvement when running this formation.

This may not look like a normal spread set; it's a very odd set with a bizarre look but it's successful. With three receivers stretching the defense horizontally. In the play, one of the RBs in the backfield goes out for a pass as soon as the ball is snapped, while the other RB is involved in a play action pass with the quarterback.

Teams across the country have picked up the go go offense as an option and maybe you should too.

Pitt wide receivers coach Brennan Marion has made the “ Duo formation” famous. Putting two backs next to each other puts a different stressor on the defense and helps the offense find the advantage. Coach Marion discusses the duo and how to apply it to your offense as well as different inside zone variations. He gives a detailed breakthrough on the entirety of the wide zone. Everything in this 13 video training will make your offense Go-Go.

Simply click the ‘Book This Course’ button at the top right of this page, place your order, and you’ll immediately be logged into the training with full access. You’ll hit the ground running!

Brennan Marion comes to Texas after serving as the receivers coach with Pitt.

Prior to Pitt Marion helped William & Mary, nearly double its point production and improve its total offense by 100 yards per game in his first and only season as offensive coordinator. Spent two seasons at Howard, directing an offense ranked in the Top 25 in scoring, total offense, and passingGot his first collegiate job at Arizona State as a quality control coach under Todd Graham, whom he played collegiately for at Tulsa. He Proved his ability to turn programs around in two different head coaching stints at the high school level. Led Waynesboro Area High School to a share of the league title in his lone season as head coach, a year after they went 0-10. His no-huddle spread offense produced more than 500 yards of offense and 36.6 points per game. Earning his first head coaching position at the age of 25 at St. Patrick-St. Vincent High School in Vallejo, Calif. He took a team with a 1-9 record the previous season to the playoffs in his first and only season.

Was pretty much entirely game film. For a couple of the later clips on the passing game, the feed seems to have frozen and the recording doesn't proceed further