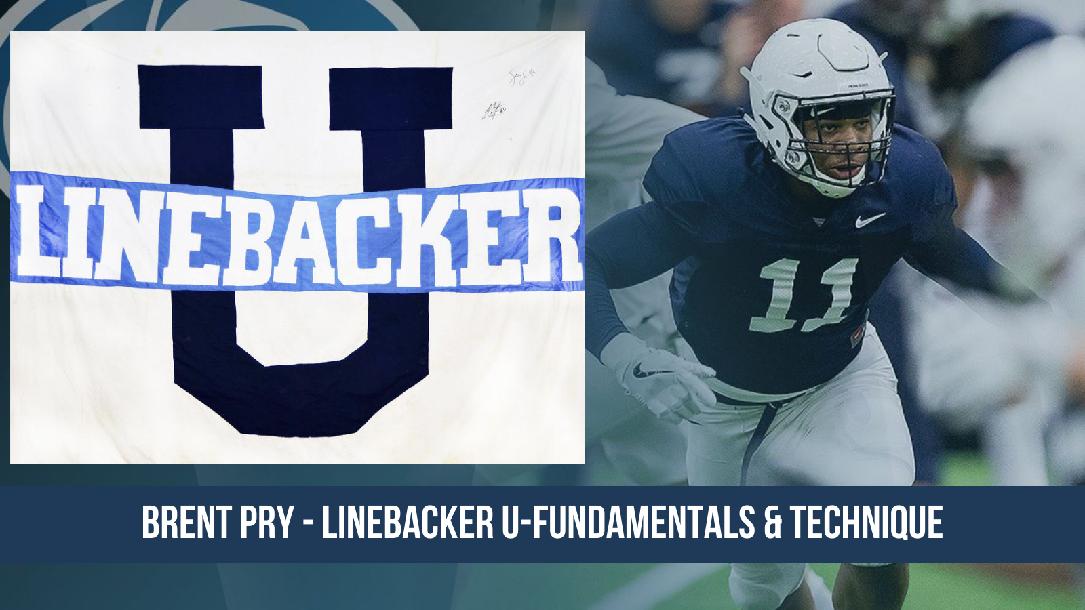 It's called Linebacker U for a reason, and now defensive coordinator Brent Pry is at the helm of creating the best linebackers in college football.  In this course he shares his plan for developing the skills needed for an elite linebacker.  He includes the details of the fundamental techniques and drills used to create linebackers.

Brent Pry has helped each program he’s coached to success, including 14 bowl appearances, with top-25 finishes in total defense in eight of his last 11 seasons (4 at Penn State; 3 at Vanderbilt; 1 at Georgia Southern). He has played an instrumental role in working with top 10 defenses at Penn State, Vanderbilt, Virginia Tech, Georgia Southern and Western Carolina.

Penn State’s defense under Pry has been disruptive over the last five seasons. According to Coaches by the Numbers and Pro Football Focus, PSU ranks third nationally in QB hurries (876), fourth in total pressures generated (1305), tied for fourth in sacks (195), fifth in fewest passing TDs allowed per game (1.16), seventh in tackles for loss percentage (10.76) and ninth in fewest rushing yards per attempt (3.51) over that span.