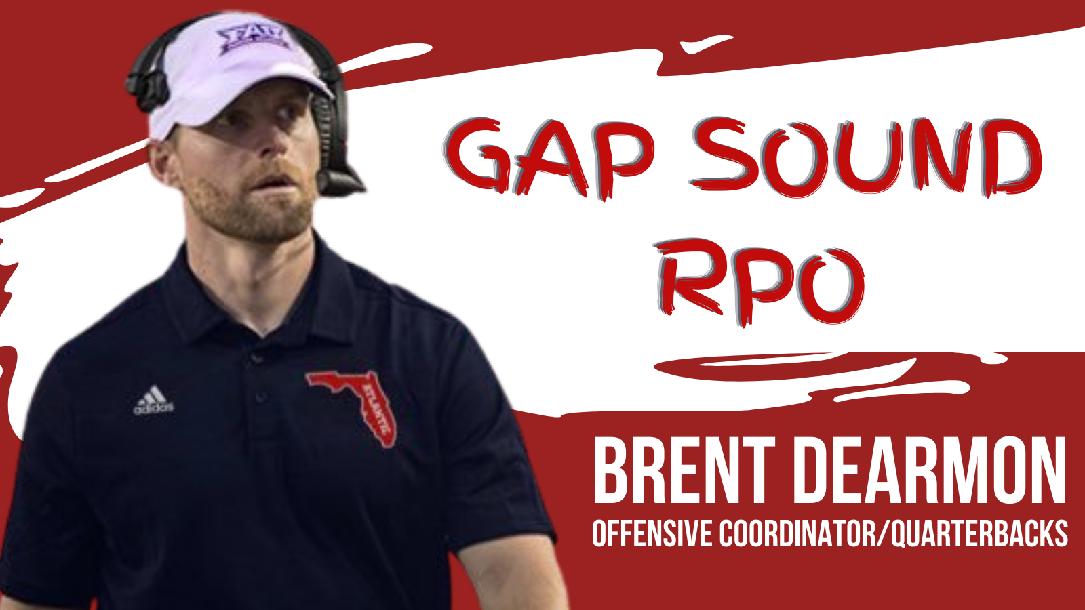 Create versatility in your offense by implementing a gap sound run pass option.

What is a Run Pass Option?

Commonly referred to as ( RPO ), the concept gives the quarterback the ability and option to give the ball to either the running back or pass to the receiver. While this takes place, it's the offensive line's duty to block as if it's a running play which ultimately puts pressure on the defense to either play the run or the pass.

What is Gap Sound?

The term gap sound means that the defenders in each gap are accounted for. Coach Dearmon does not like his quarterback to be exposed to taking a hit on an RPO because a defender was unaccounted for.

It's a common misconception that run pass options are the same as read options.

Take your team to the next level by incorporating RPO’s into your system.

Florida Atlantic Coach Brett Dearmon explains what a real gap sound RPO is and how he incorporates it into his offense. He runs through different variations in depth, from boundary zones, inside zones, split and iso. In addition, he covers how to take advantage of certain coverages with the Run Pass Option.

The ‘Book This Course’ button at the top right of this page places your order. You’ll immediately have access to the training. You’ll be fast on your way to improving your versatile offense today!

Brent Dearmon is the is the offensive coordinator and quarterbacks coach at Florida Atlantic University.  Prior to FAU, he served in the same position at Middle Tennessee State in 2021.

Prior to MTSU, Dearmon was promoted to offensive coordinator and quarterbacks coach during the 2019 season after joining Les Miles’ Kansas football staff as a senior offensive consultant in January of 2019. Dearmon came to the Jayhawks fresh off a one-year head coaching stint where he produced the nation’s highest-scoring offense at any level in 2018. In his one season leading his alma mater, Bethel University, Dearmon guided the Wildcats to their best season in school history. BU posted a 10-0 regular season mark and a No. 3 ranking, while averaging 540.3 yards and a nation’s best 55.0 points per game, the highest scoring offense not just in NAIA, but in all of college football. Prior to his time at Bethel, Dearmon spent three seasons as the offensive coordinator at Division II Arkansas Tech and two seasons as an analyst at Auburn on Gus Malzahn’s staff.

Coach Dearmon does a great job of explaining how he teaches his QBs to understand offensive gaps and defensive responsibilities to get the most out of his RPOs and run game. This is a great course for any Offensive Coordinator looking to implement or reteach RPOs.

Coach Dearmon does a tremendous job of putting together his philosophy in an as to teach manner. I highly recommend this course and all of his other courses.