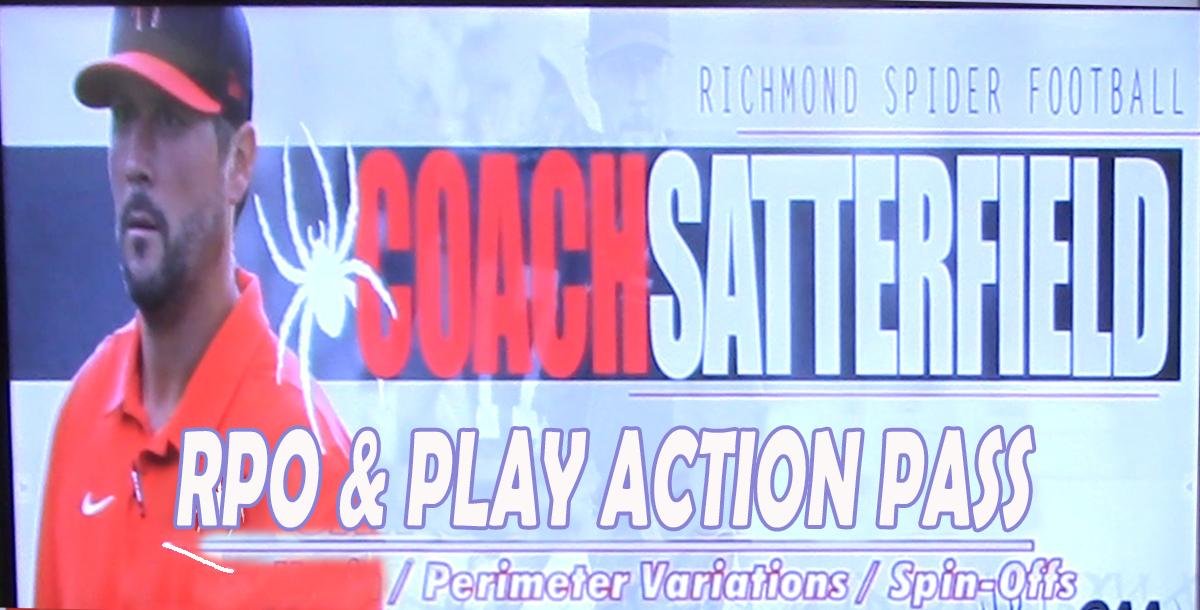 This was a clinic talk at the SOUTHEAST SPREAD - WINGT clinic in Georgia.

Wesley Satterfield was a record setting Offensive Coordinator at Autin Peay and has 12 years of experience at both the FCS and FBS levels.

At Southeastern Loiusiana...led the Southland Conference in eight statistical categories,

Satterfield spent two seasons as the QB coach and run game coordinator at Southeastern Louisiana from 2014-15.

Spent two seasons at Chattanooga from 2012-13 as the TE and RB coach.

He began his coaching career at North Carolina as an offensive graduate assistant under Butch Davis (2007-10).