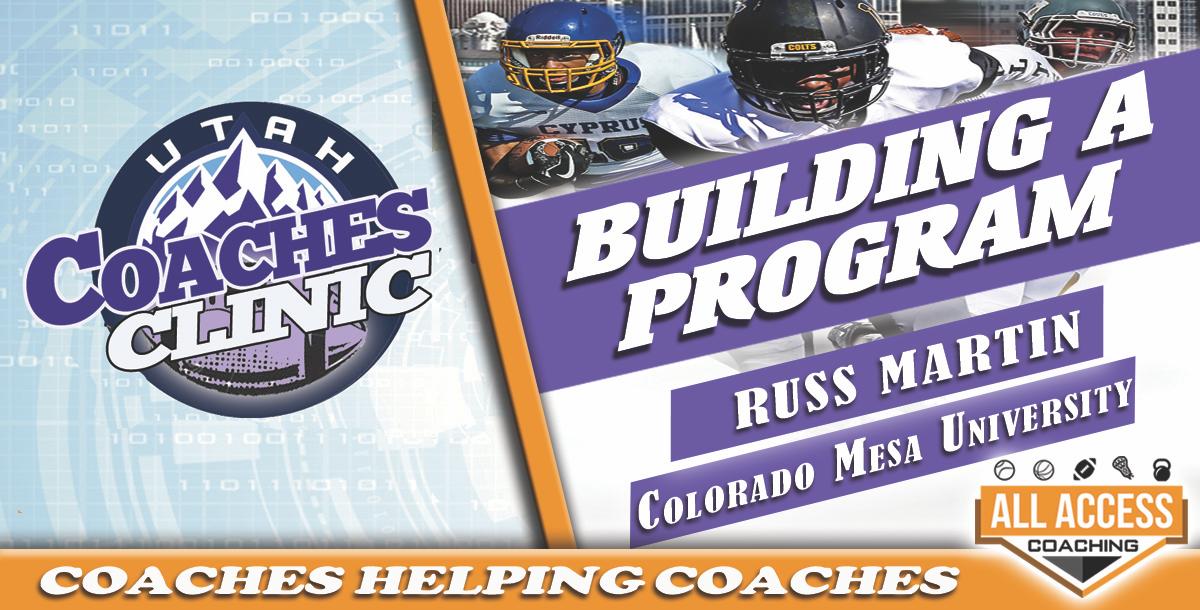 42-year Coaching Veteran Russ Martin breaks down an all-encompassing perspective of his general philosophy on how to run a successful college football program from the off season to the post season.

Coach Martin enters his seventh season as head coach with the Colorado Mesa Mavericks. With over 40 years of coaching experience, Coach Martin has coached at almost every level imaginable, from high school to Division 1.

Coach Martin has posted a 43-24 record at CMU and a RMAC Championship and a birth in the NCAA Playoffs in 2016. Prior to joining the CMU staff he served as the offensive coordinator and quarterback coach at Nebraska-Kearney for eight years. The Lopers won four RMAC Conference Titles and were ranked nationally. Under his guidance the Lopers ranked in the top-20 in numerous offensive categories including total offense, scoring offense, rushing offense and passing efficiency.

You just booked "BUILDING A PROGRAM"